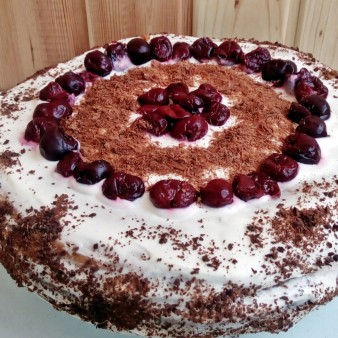 Preparatory step 1. We send the kefir overnight in the freezer. In the morning we take a pan and a colander, cover with gauze in 4 layers, take out completely frozen kefir and put it in a colander. We get such a construction. We leave it to defrost until the evening. By evening we get homemade soft cottage cheese/mascarpone. 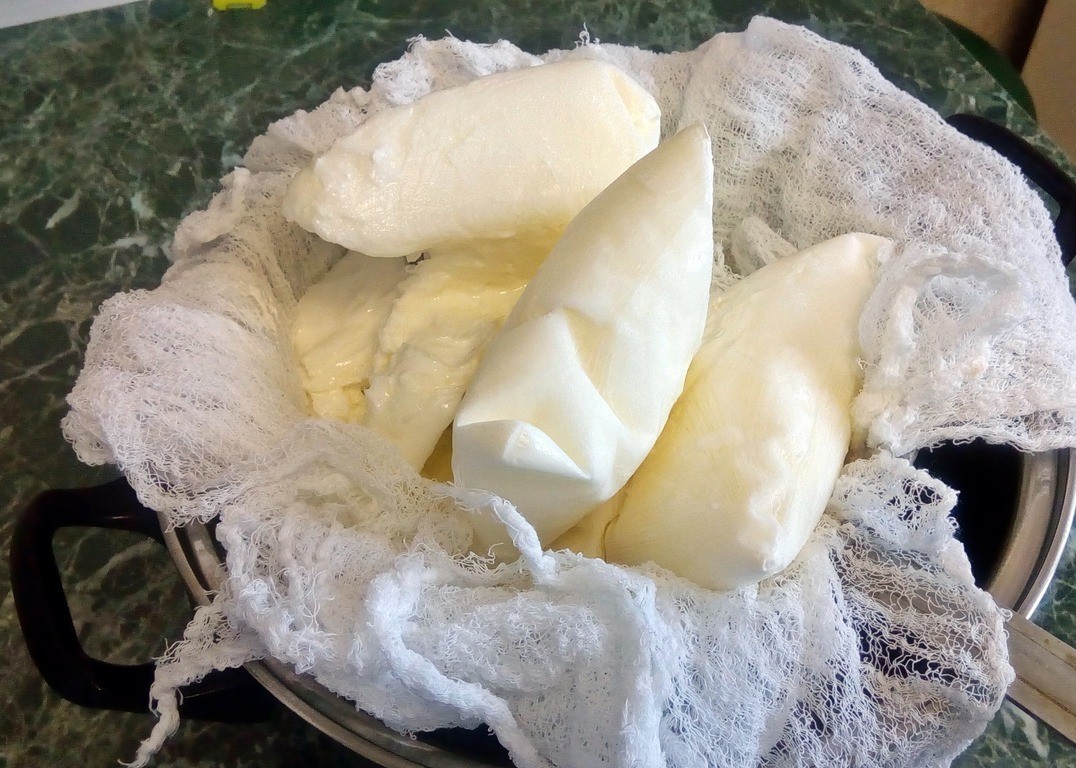 Preparation step 2. Cherry filling. Pour 3/4 of the sugar in a glass of boiling water, stir until the sugar dissolves. Take frozen cherries, sprinkle with cinnamon and pour the syrup. Leave to marinate until the evening before assembling the cake. 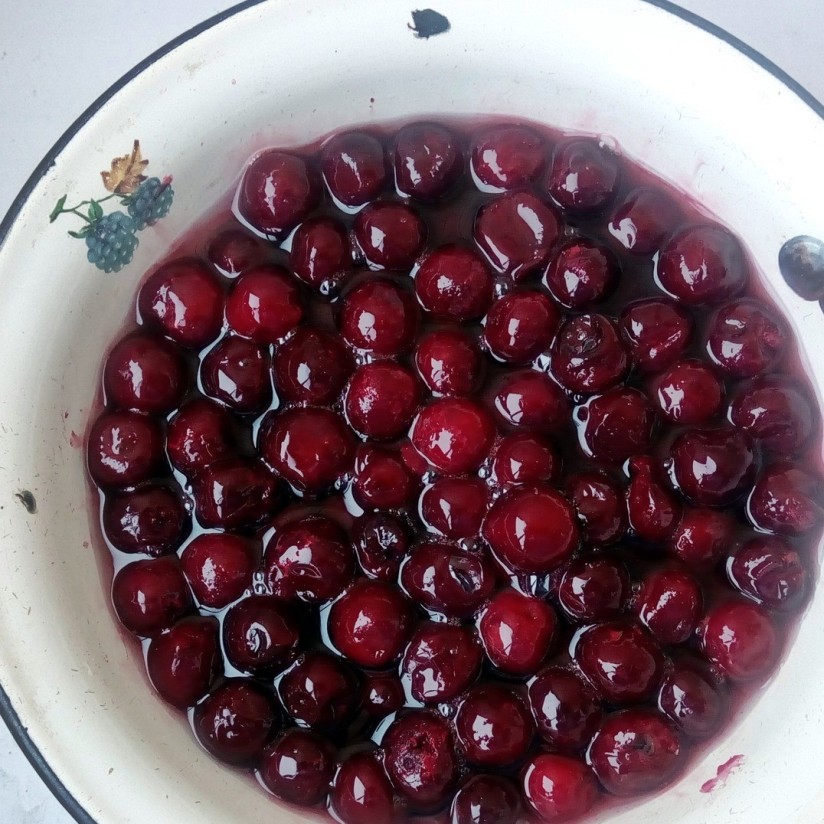 Let's proceed with the biscuit. Turn on the oven to 200 degrees. First we melt the butter and leave it to cool. Separate the whites from the yolks. Whip the yolks with 0.5 cups of sugar almost to a whisk. 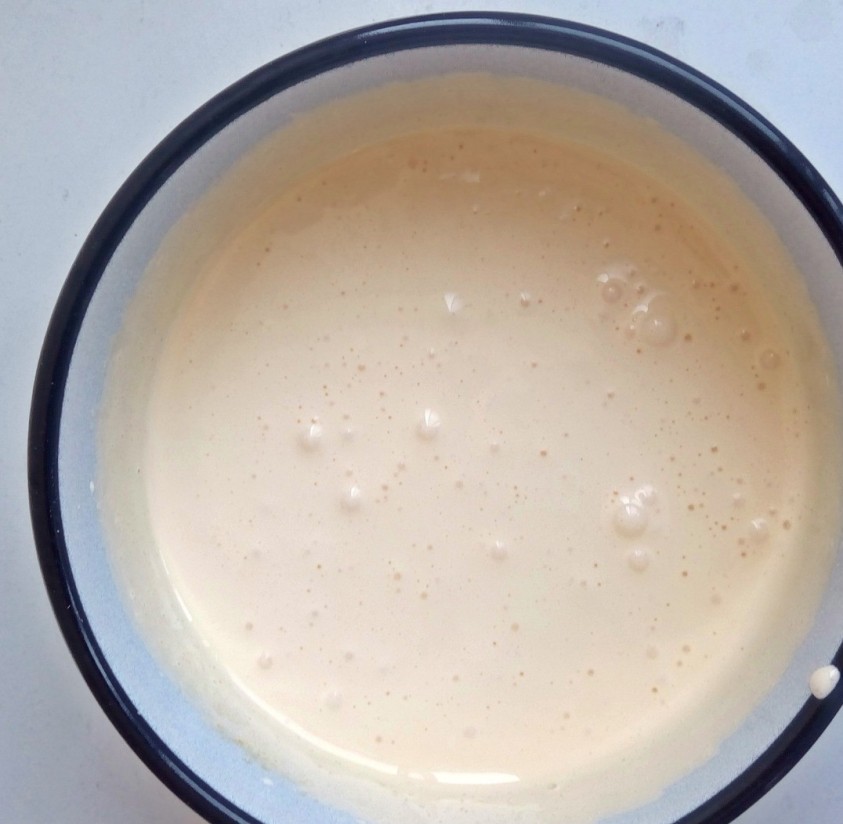 Now whip the whites to a thick stable white mass, so that when you turn the pan the whites do not fall down. Add the second 0.5 cups of sugar and beat until a thick, glossy mass. 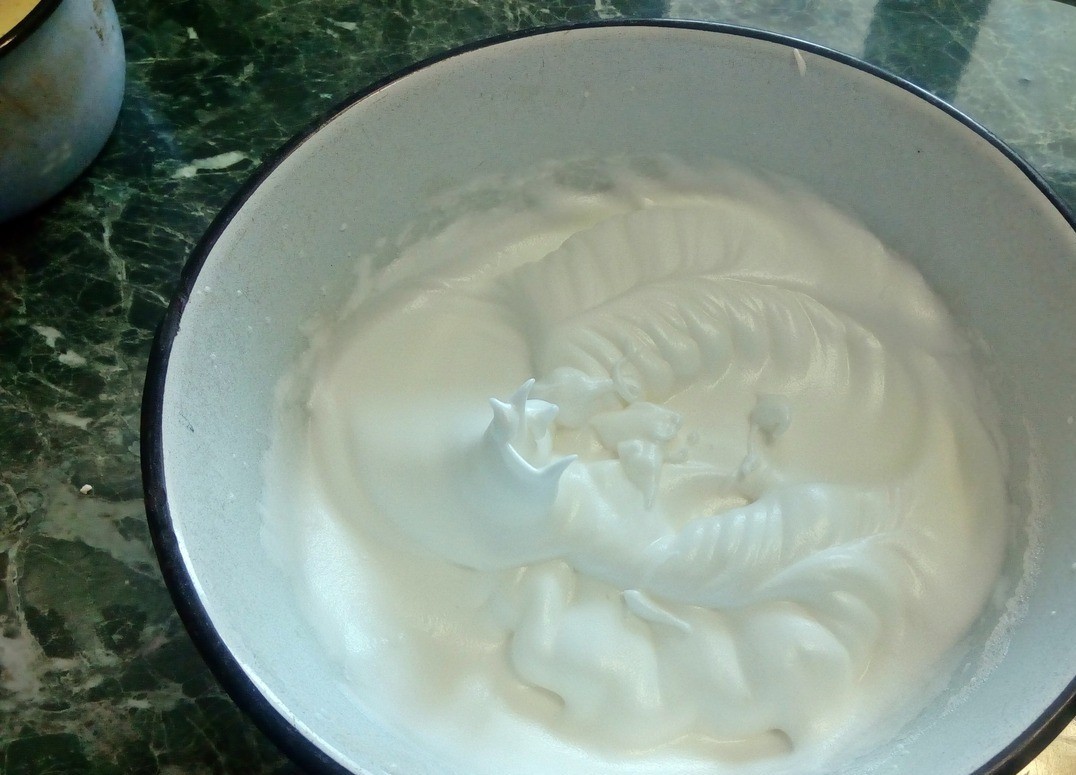 Carefully combine the whites and yolks. I do this with a wooden spoon. 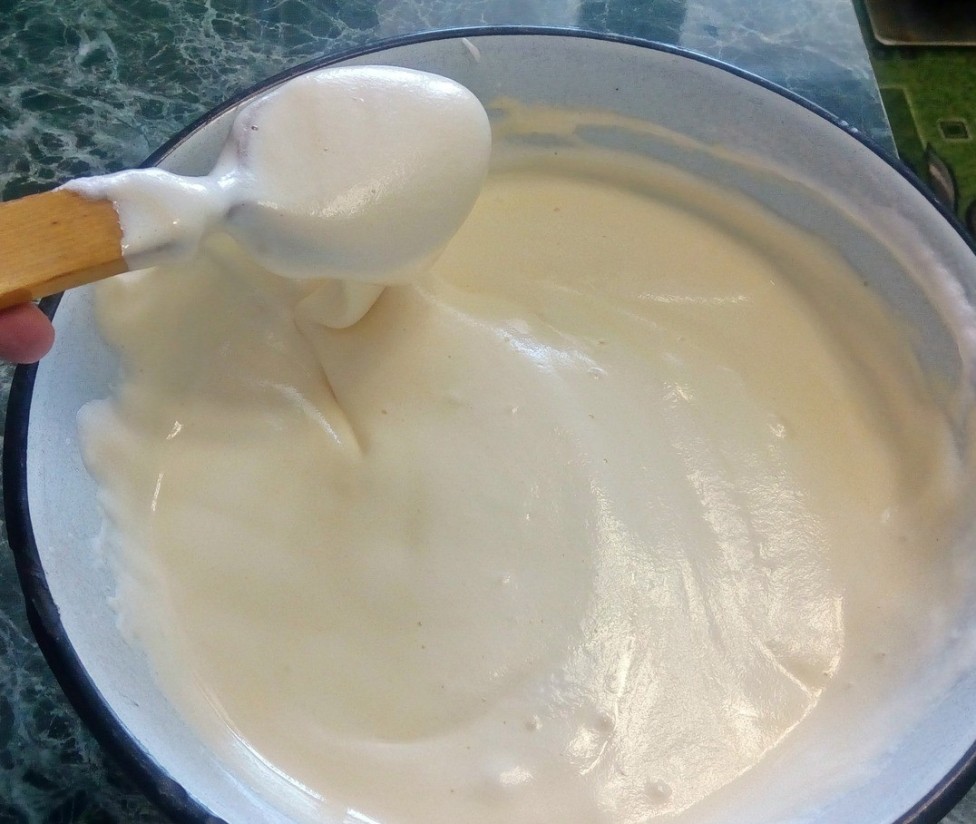 Next you need to sift the flour, starch, cinnamon and cocoa through a sieve. 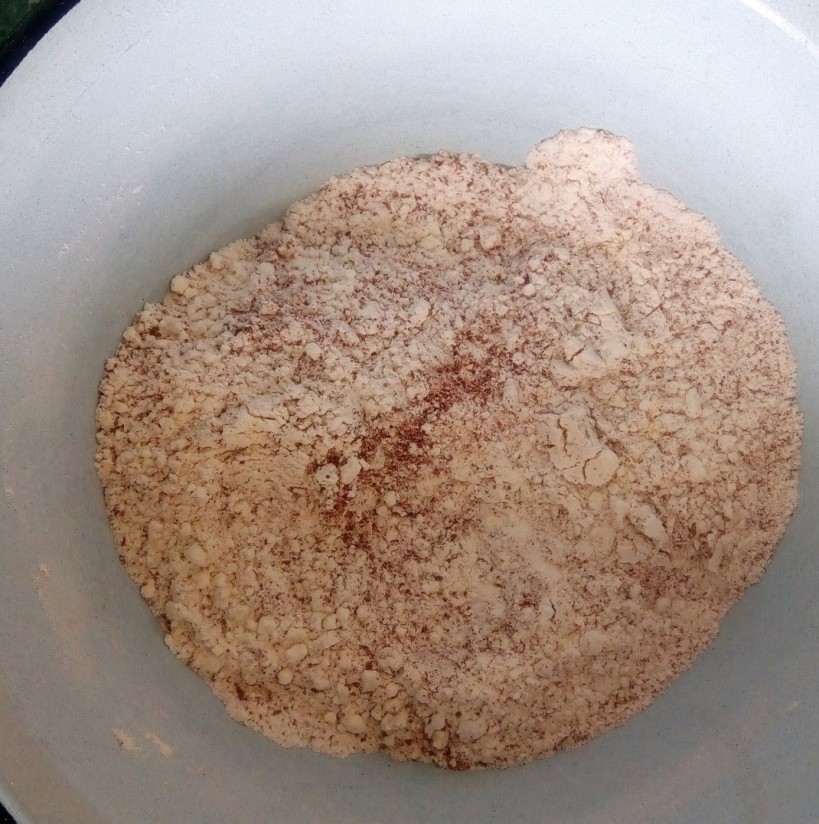 Gradually pour the dry mixture into the eggs, stirring gently from bottom to top. Pour the previously melted butter and again stir gently until homogeneous. The dough turns out like thick sour cream. 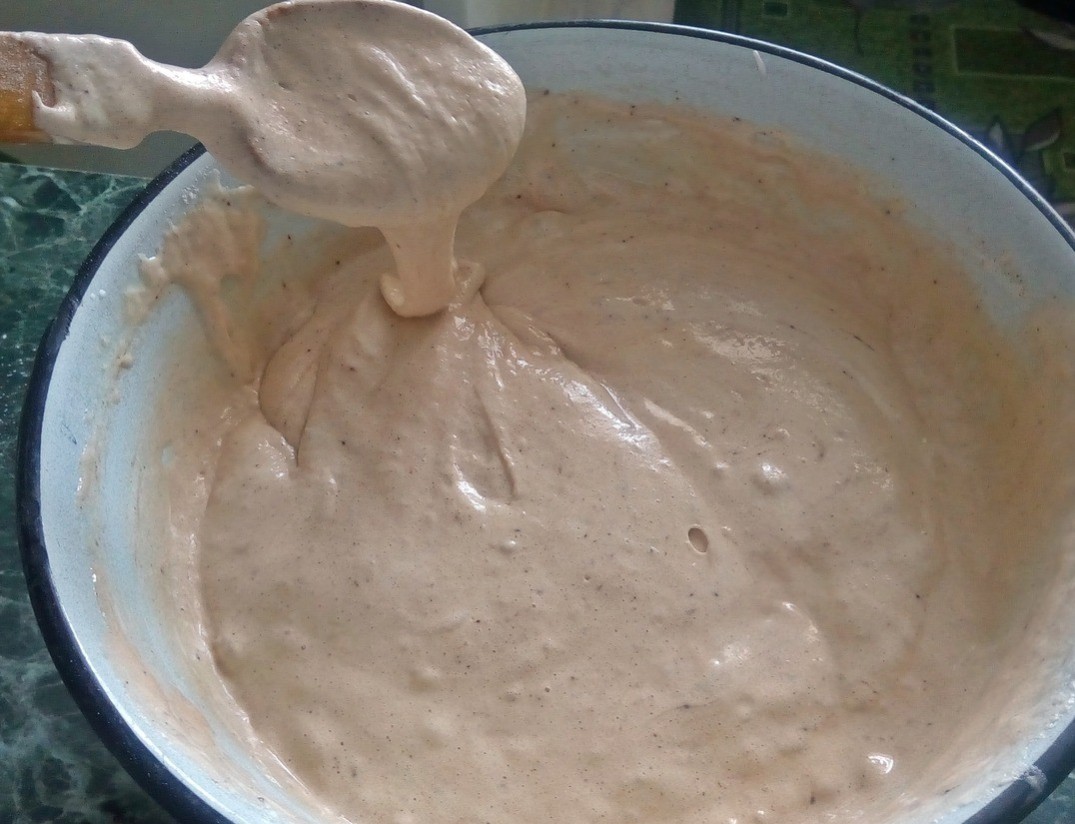 Take a mold and make a "French shirt": grease the entire mold with oil and sprinkle with flour or semolina (both the bottom and sides). Shake off the excess. Pour the dough into the mold and bang the bottom on the table a couple of times. Send it to bake in a preheated oven for about 30 minutes, check the readiness with a toothpick. Open the oven door slightly and leave to cool completely. 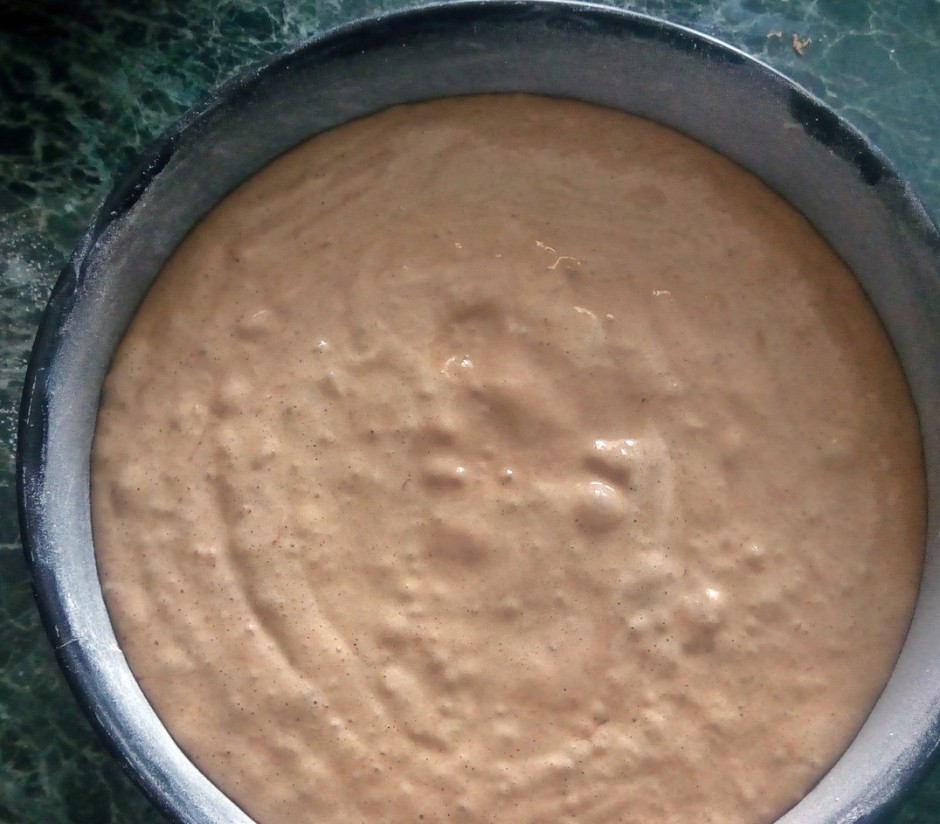 This is how we get a biscuit. 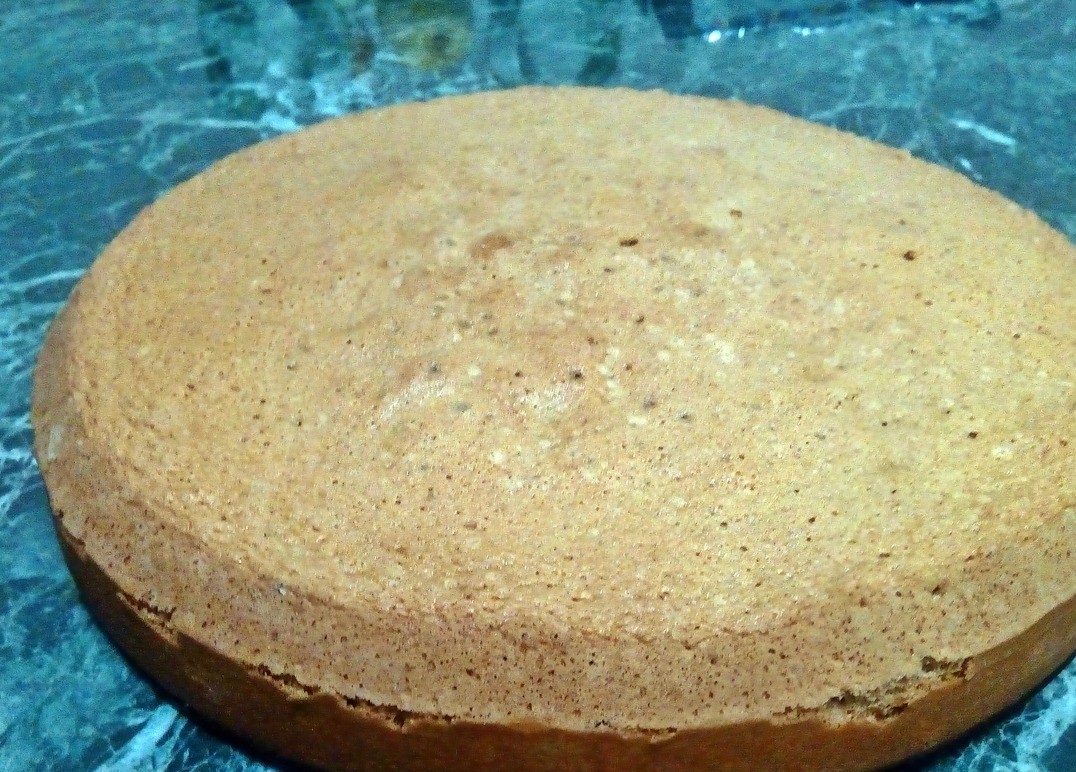 As I said, I baked the sponge in the morning and assembled the cake in the evening. Toss the cherries in a colander to let the syrup run off. 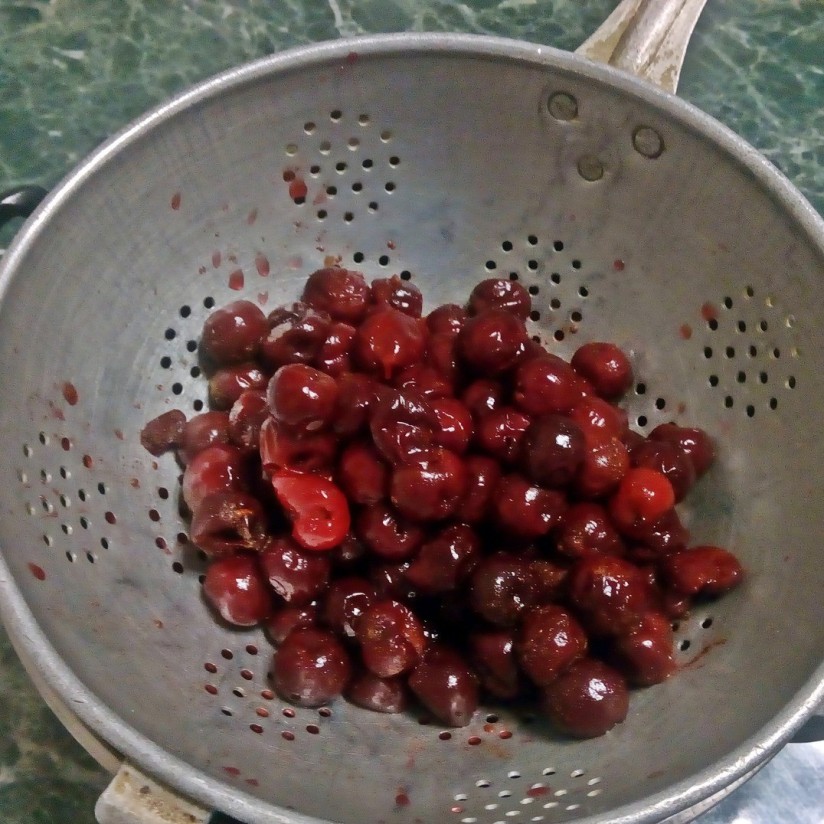 Cut the biscuit into three layers and soak each layer in cherry syrup. 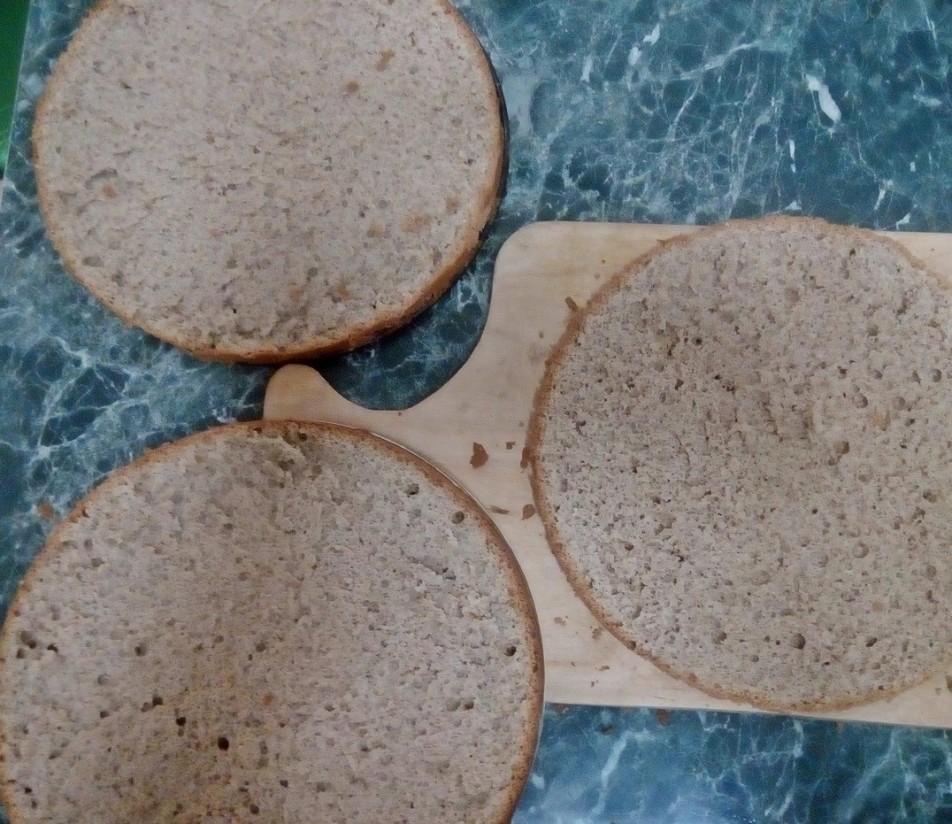 Prepare the cream. Take the cottage cheese and beat for about 2 minutes. Add a little cream and sugar and beat until the sugar dissolves. Set aside some of the white cream for decoration. Add cinnamon and melted chocolate to the remaining cream. If you have less than 33% cream, pour it in small portions, so that the cream is not liquid. It should be like sour cream. Begin assembling the cake. Set aside a part of the cherries for decoration, divide the rest into two parts. The first part of the cherries lay out in circles, between them with a pastry bag/cellophane bag/spoon put the cream, so that the cream and cherries were the same height. Put the second cake on top and do the same. Place the third cake on top. 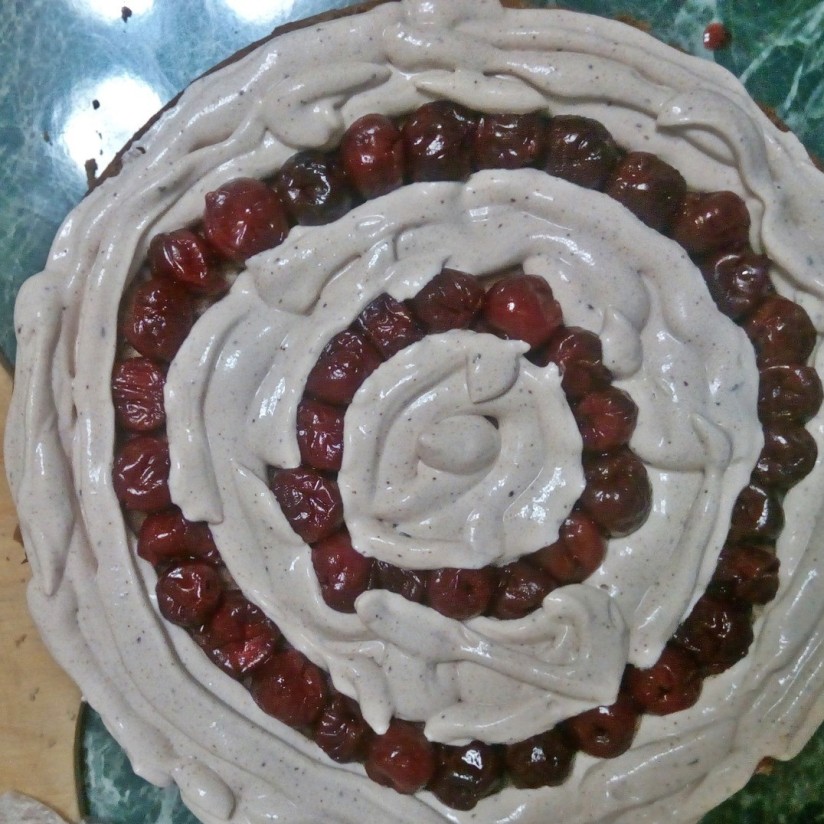 Now we take the remaining white cream and sprinkle it on the top and sides of the cake. Decorate, as the imagination suggests, with put aside cherries and chocolate chips. Leave in the fridge overnight. 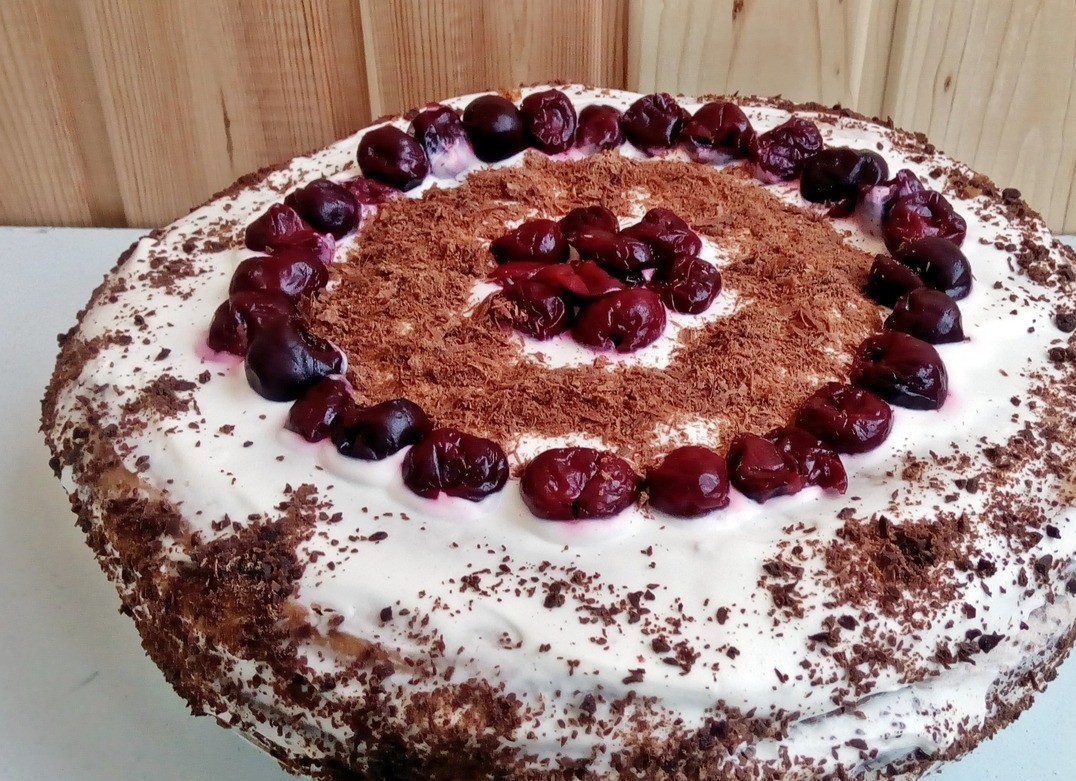