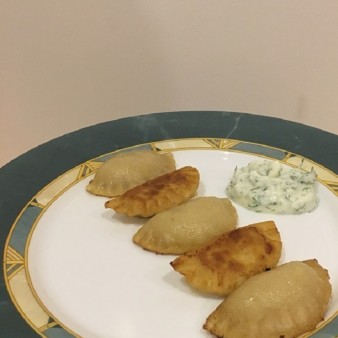 I present another experiment in mixing dishes from several cuisines - the stuffing is closer to Russian cuisine, the dough is more typical of Chinese cuisine, and the cooking method is Japanese. Heat 200 grams of water to boiling and pour the starch and salt. Thoroughly stir until the mass becomes a lump. 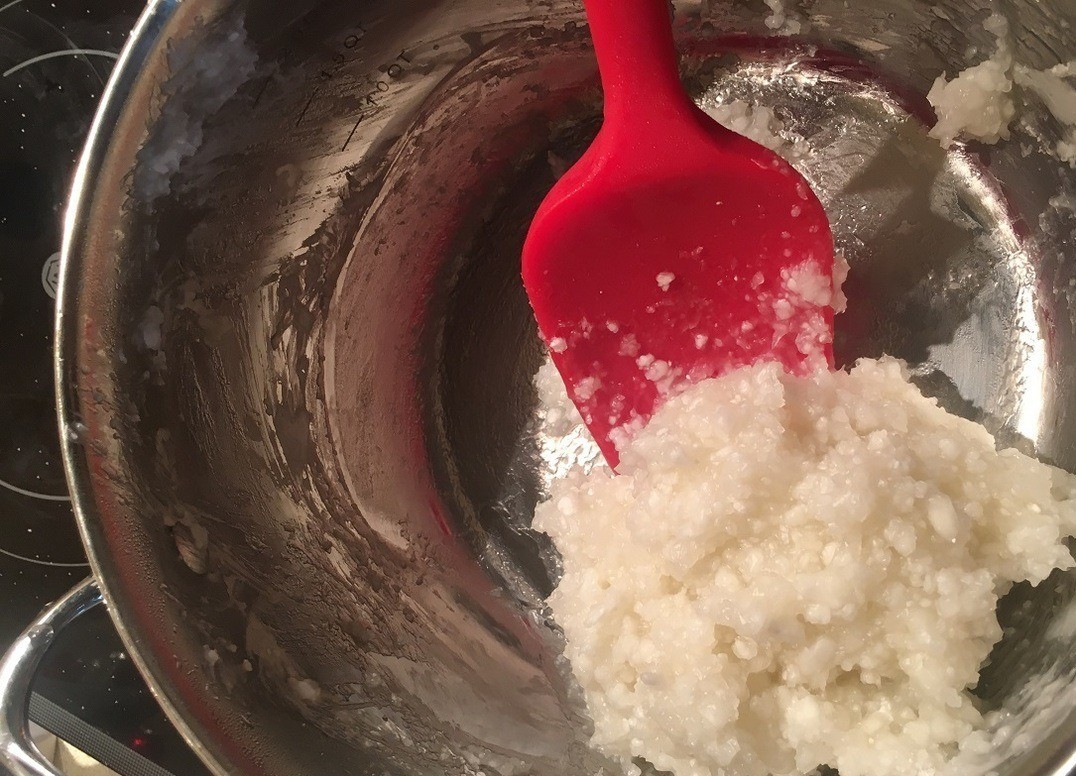 I further kneaded the dough in the combine. Gradually add flour and knead the dough. We get a firm, not sticky dough. Let the dough cool and put it in the fridge for about 30 minutes. 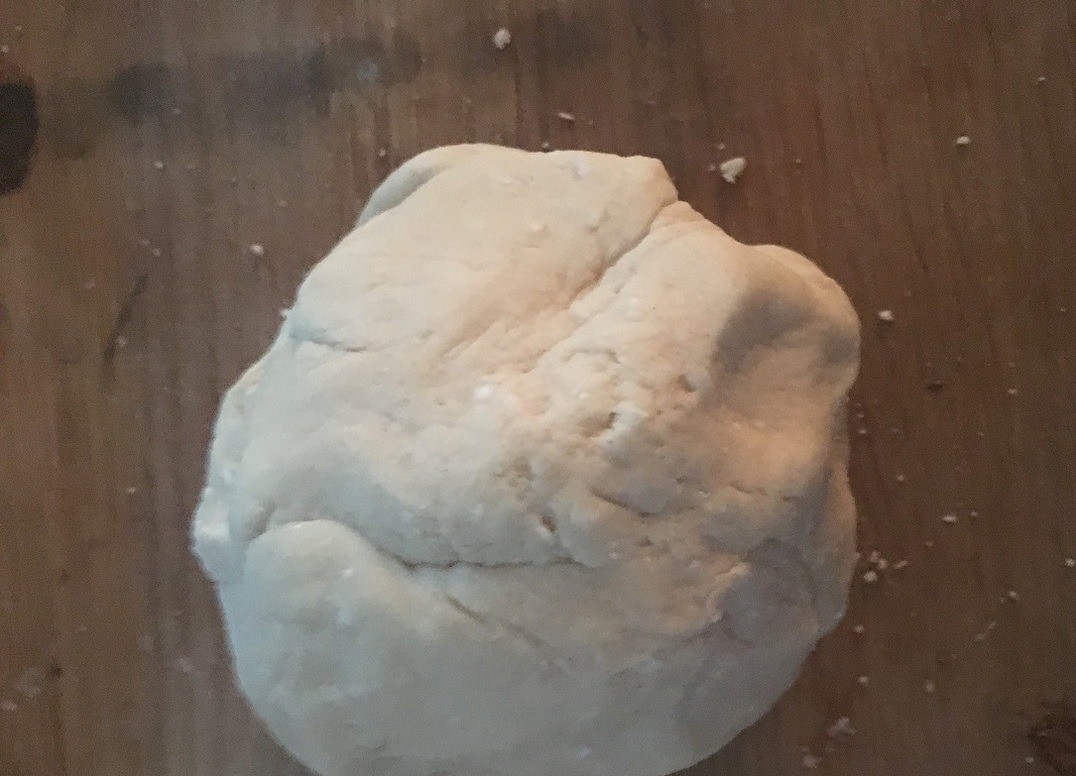 While the dough is resting, prepare the stuffing. For preparation we need the widest frying pan with a lid and non-stick coating. In butter, fry the onion until light golden in color. 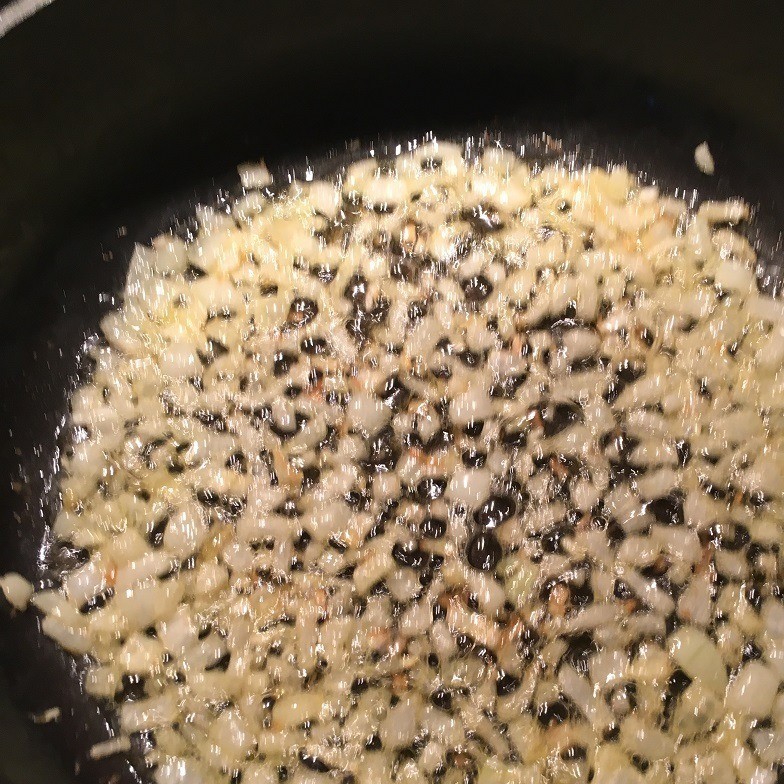 I made the stuffing in the chopper. Right from the frying pan we transfer the onions to the chopper, so that the onions remain covered with oil. Do not wash the pan, leave it as it is. The rest of the oil will be used for frying our dumplings. 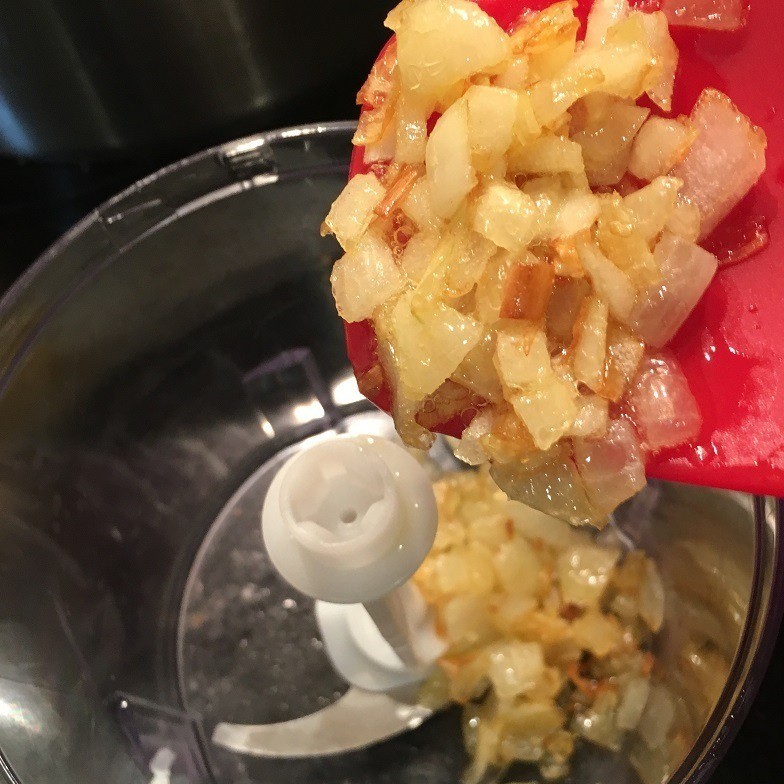 In the chopper add the red fish (I had chilled salmon fillets), ground pepper, soy sauce and finely chopped dill (you can use dried dill). Salt to taste, I added very little. We beat the fish into the mince. 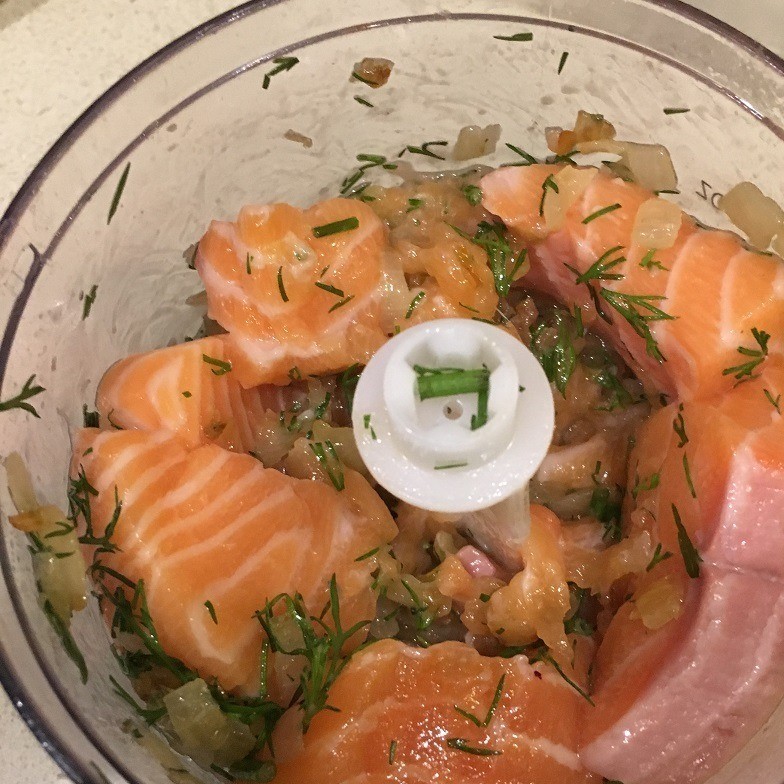 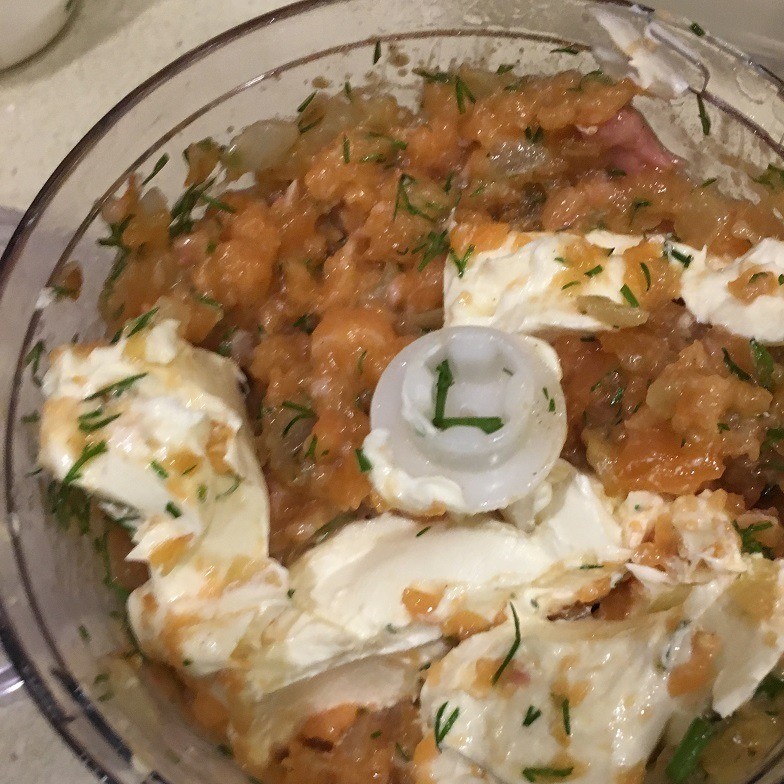 Well, as always with dumplings, the most time-consuming process is molding. I used two variants. I molded most of it with a special mold for Chinese dumplings. We roll out the dough thinly and put a teaspoon of filling. 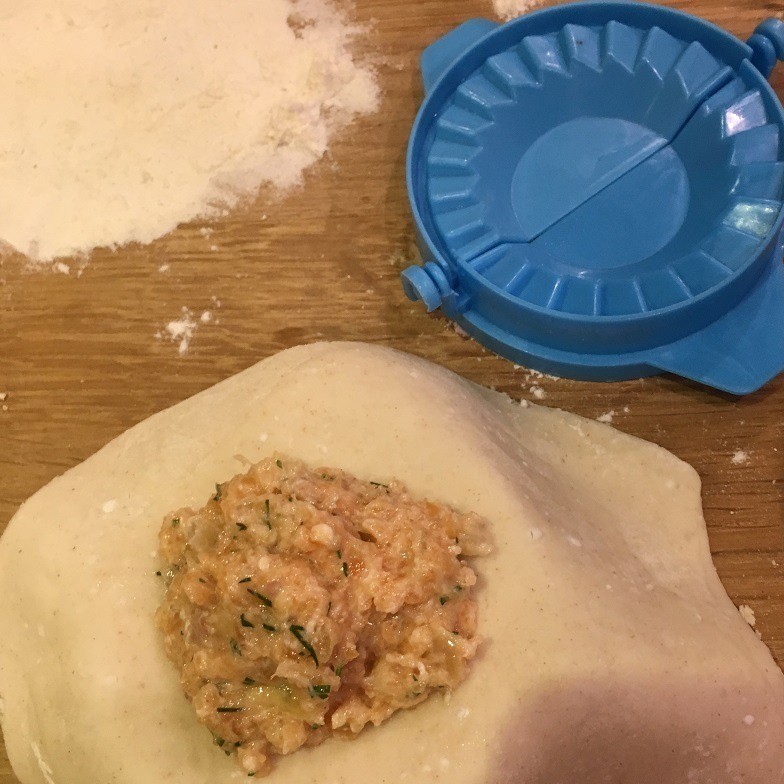 If you don't have a mold, you can mold like mini-chebureks. Use a fork to seal the edges and trim off the excess dough. 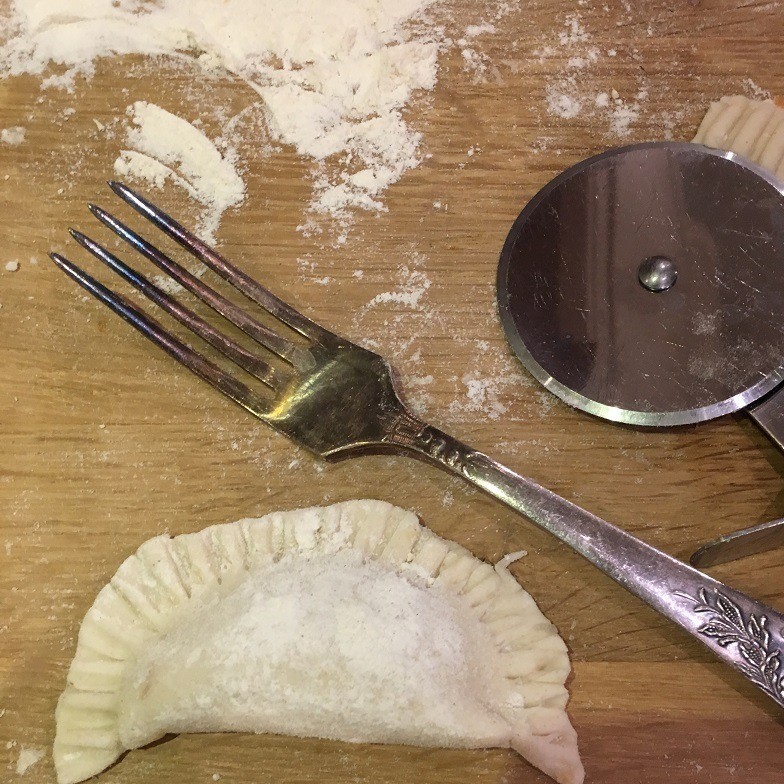 It turns out the dumplings for about 3-4 servings. 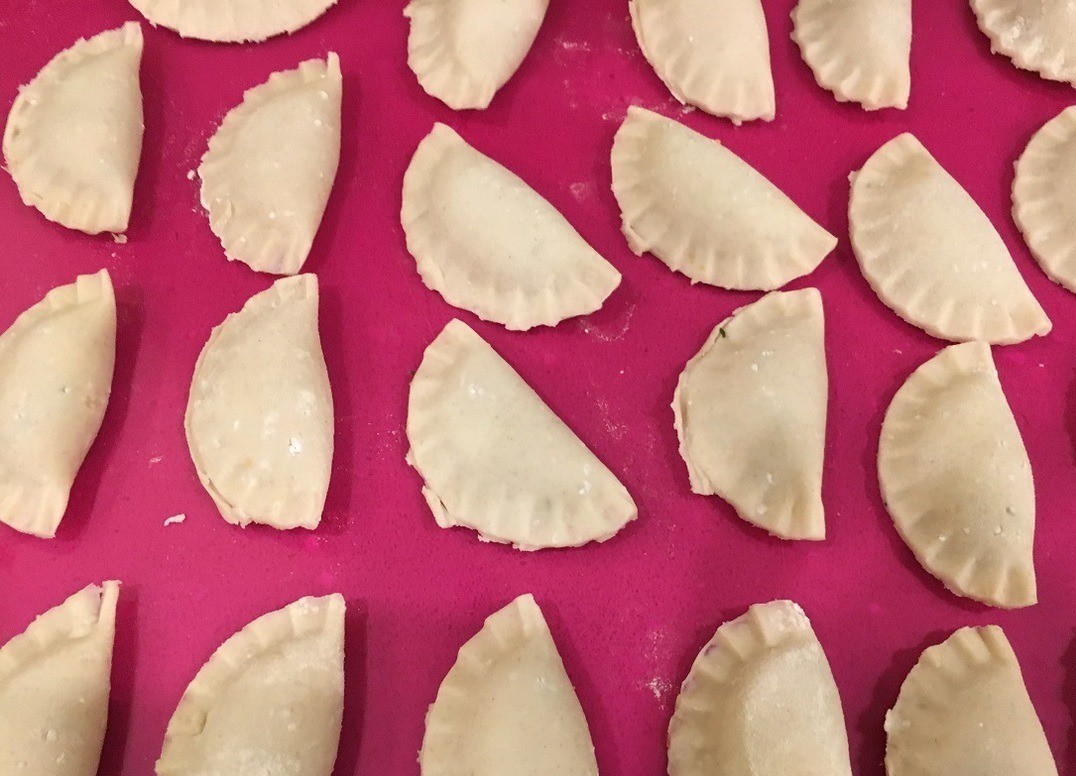 As for cooking, I followed one of the Japanese gyoza cooking methods. In the same frying pan where the onions were fried, add oil, so that the entire surface is covered with oil. As the oil heats up, carefully over the entire surface of the dumplings. The dumplings should not touch each other. We fry on medium heat for about 2-3 minutes until golden skin appears on the bottom. Do not need to turn them. At the same time it is necessary to boil water. 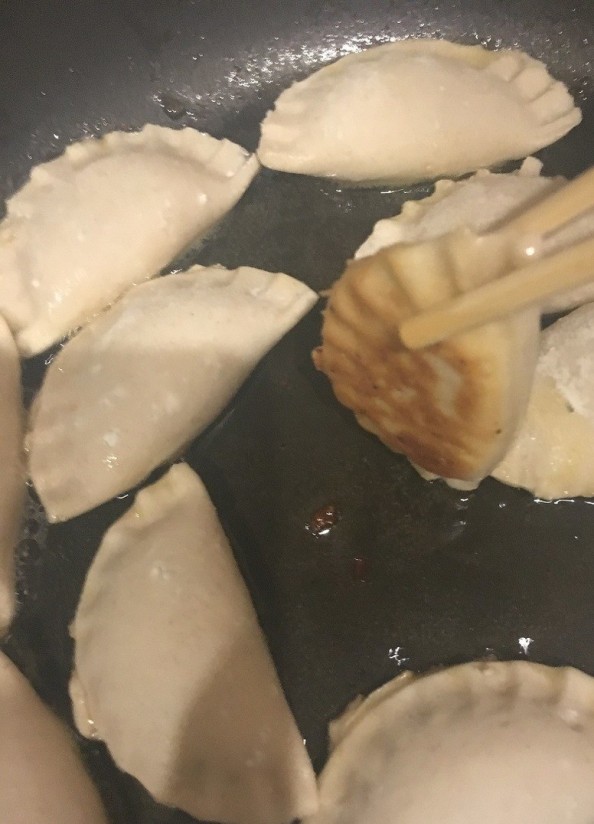 As soon as the crust appears, quickly pour boiling water into the pan, so that the entire surface of the dumplings were covered with water by about half, no more. Quickly cover with the lid and increase the heat a little. In fact, now the dumplings are steamed. We wait for the water to boil completely (about 5-7 minutes). As soon as there is no water left - the dumplings are ready. 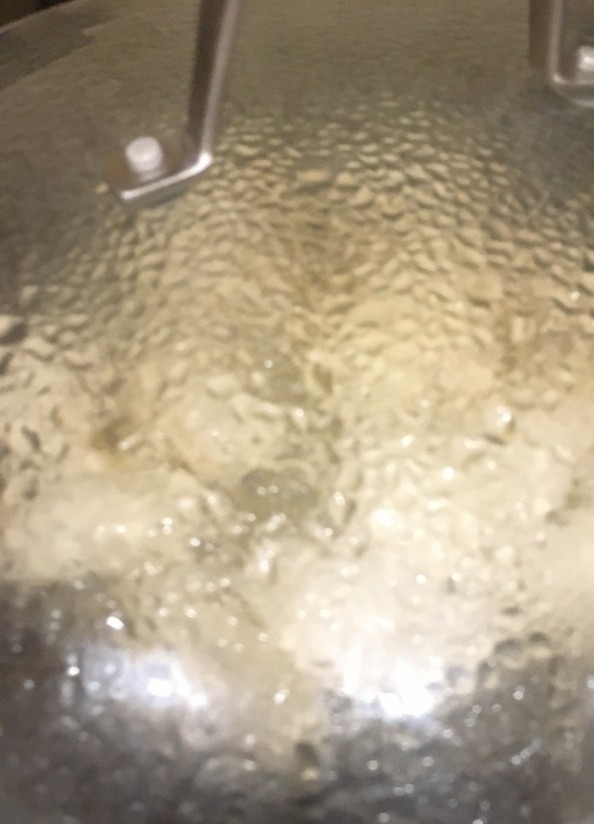 The dumplings can be served with a variety of sauces. I mixed sour cream and heavy cream in half and chopped fresh dill in it. You can serve them with sour cream or soy sauce. Whatever you like. A good sprinkle of crispy fried onions, if available. The dumplings turn out crispy on the bottom and slightly rubbery translucent dough on top. And the minced meat is flavorful and juicy. 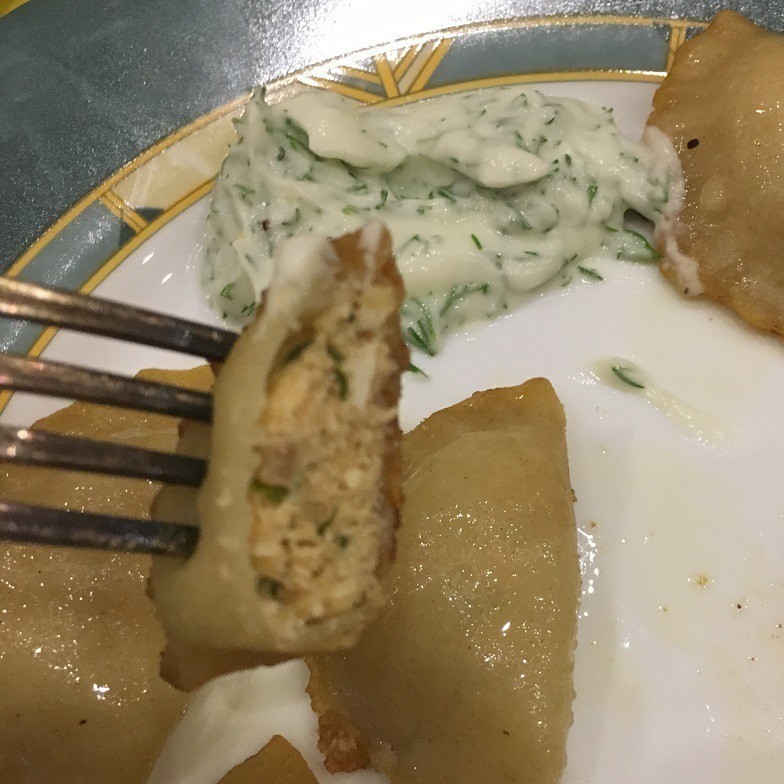 I boiled a batch just for fun. Also tasty, but not as interesting. The dough is translucent, a little rubbery - a kind of Chinese version. 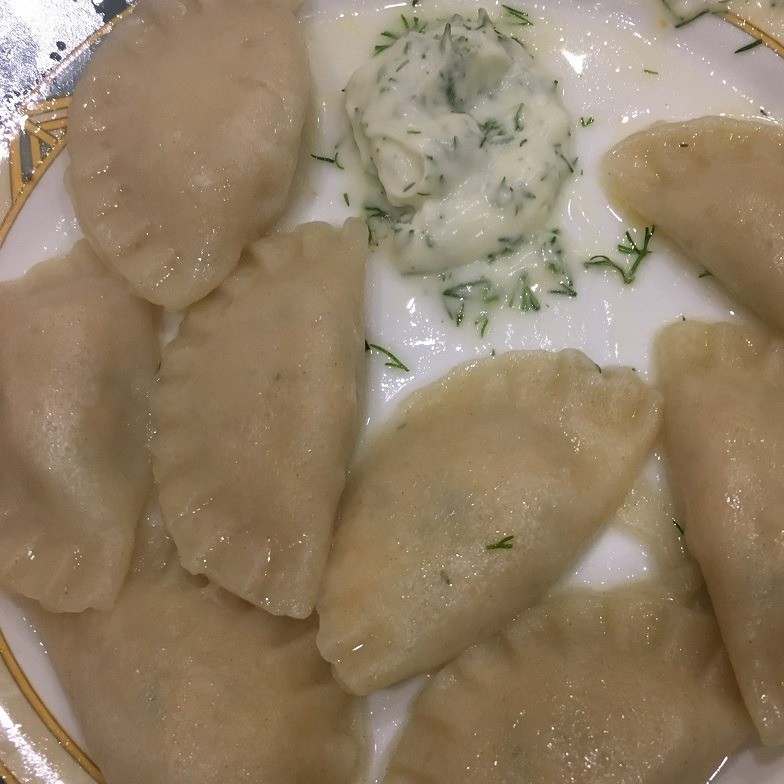