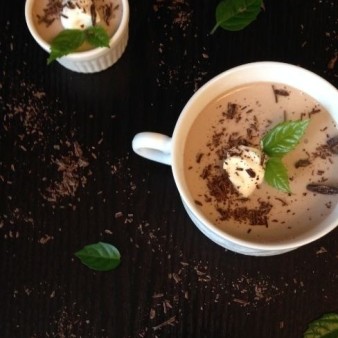 When making yogurt, I deviated from the instructions on the package and used 4% milk instead of water. I added a bag of dried chocolate yogurt to the room temperature milk and mixed it thoroughly. 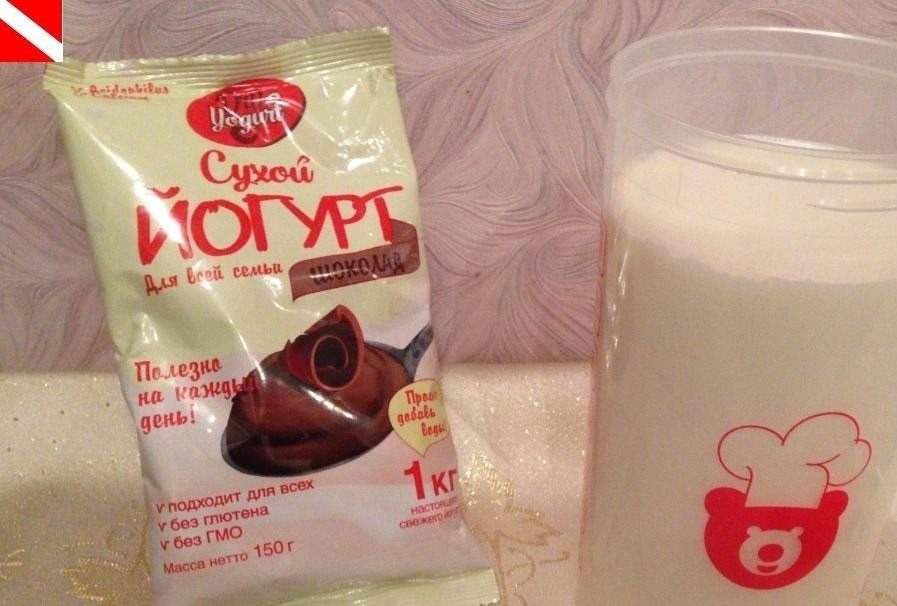 I put the container with the resulting milk mixture into a thermos-yogurt pot filled with boiling water up to the right mark, closed the lid and left it in a warm place overnight. In the morning, I took out the yogurt pod and put it in the fridge to cool. I was amazed at the result-it was the thickest yogurt I had ever made! 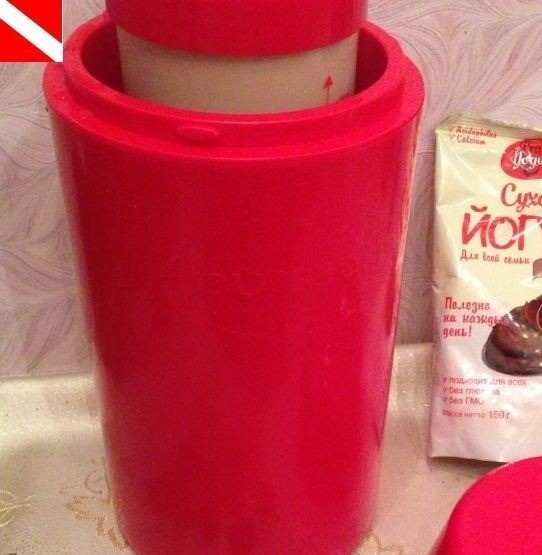 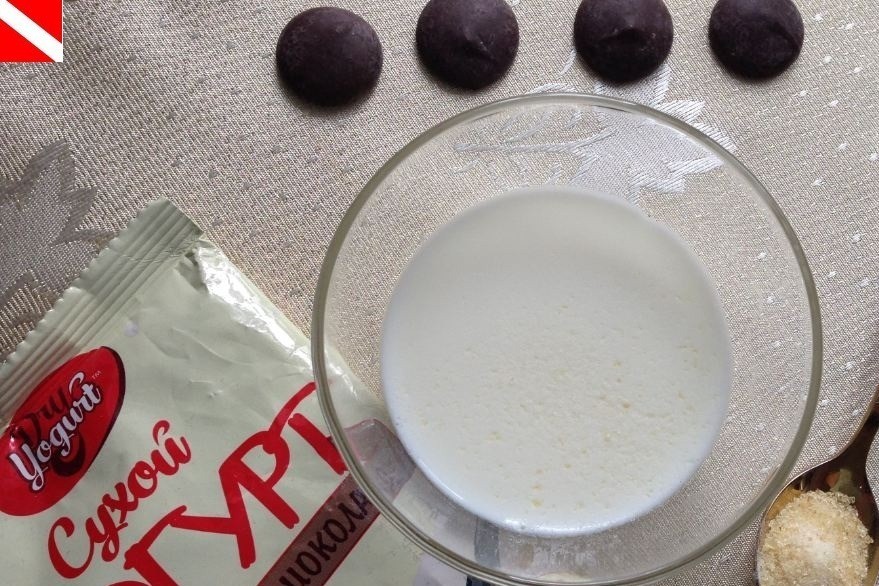 Meanwhile, add honey and the contents of part of the vanilla pod (and the pod itself - we'll remove it later) to the remaining milk and heat it, but do not let it boil. Then let it cool to room temperature. Remove the vanilla bean. 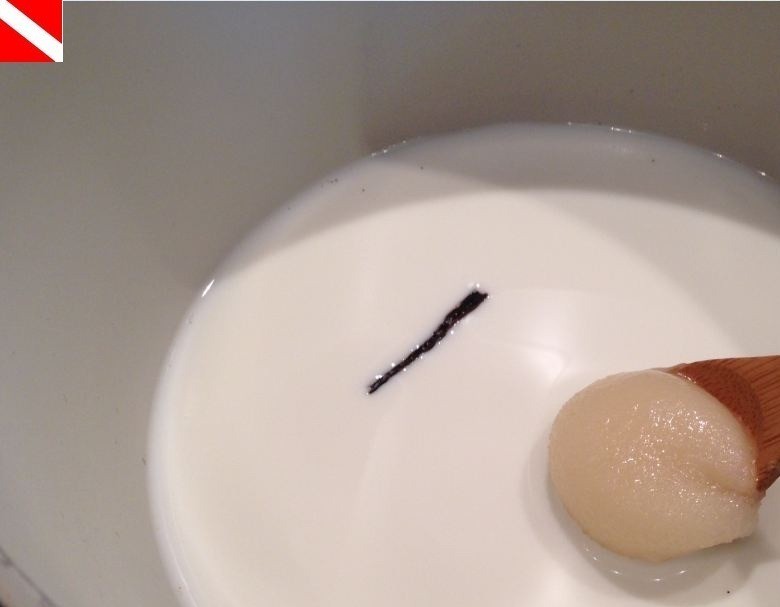 Heat the milk and gelatin in a water bath / melt in the microwave, strain through a sieve. Mix with the cooled milk mixture. 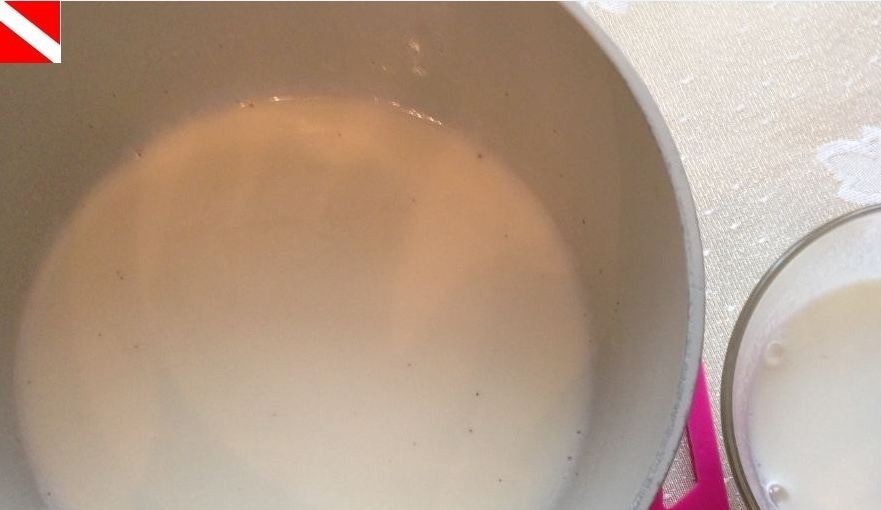 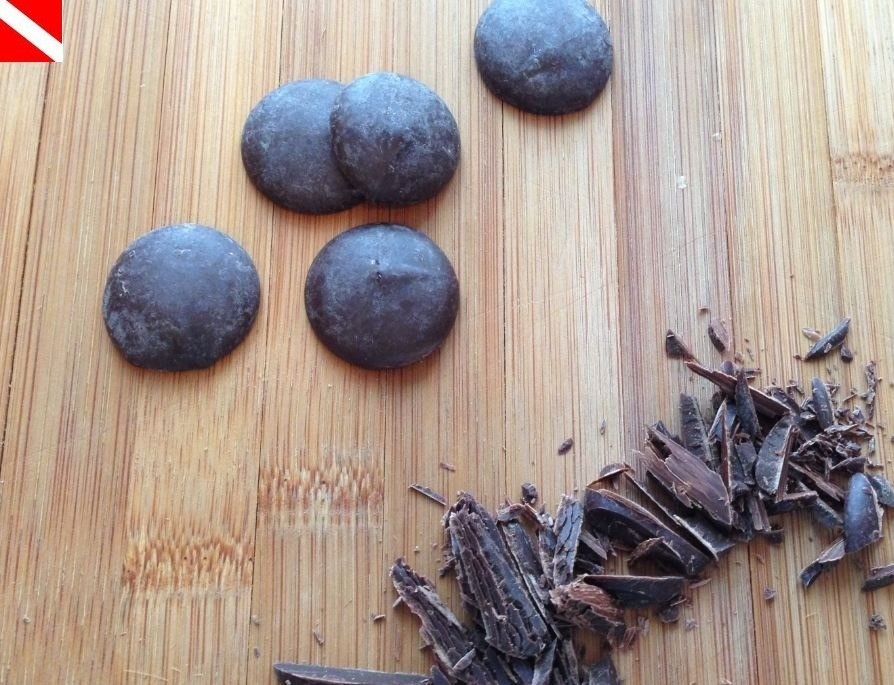 Pour into the milk mixture 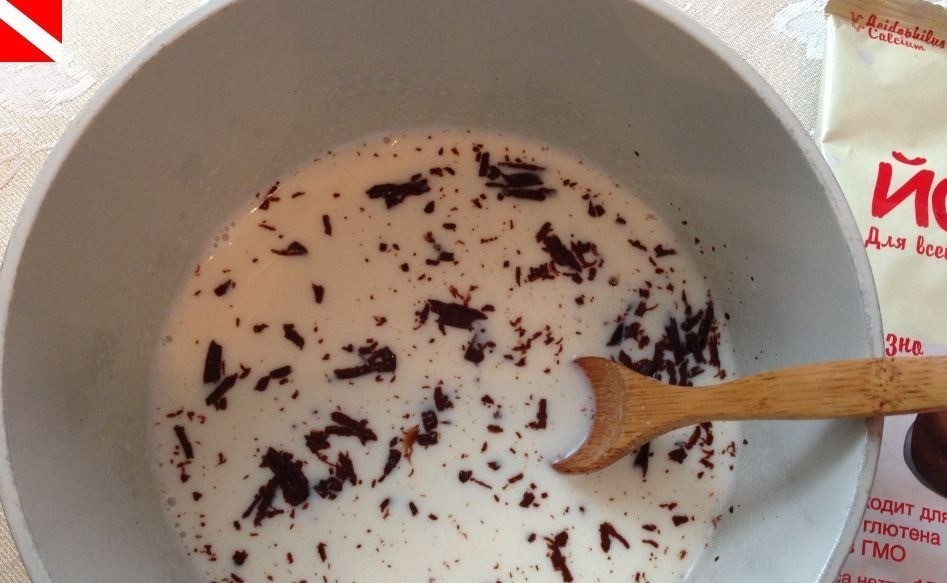 Add the chocolate yogurt. Here's a picture of how thick it is. 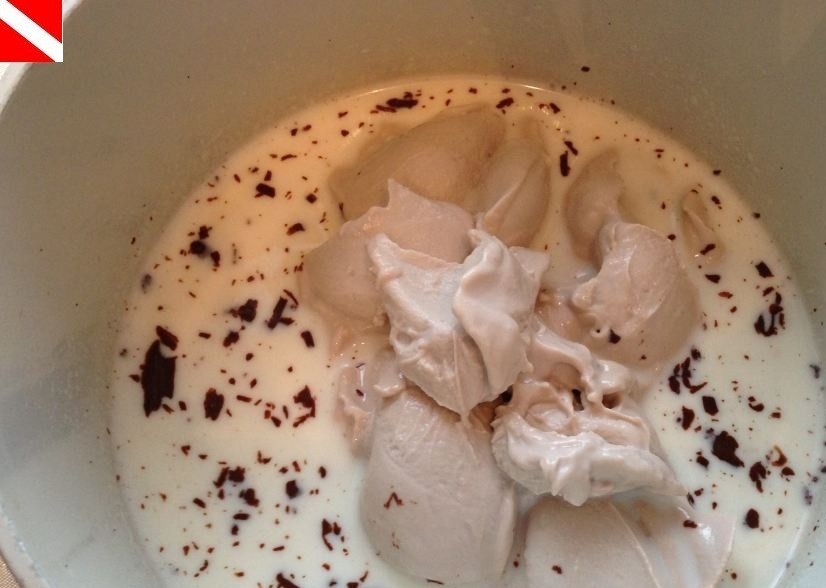 Stir with a whisk until smooth, then pour into molds and leave in the refrigerator to harden for at least a couple of hours. Before serving, crush the remaining chocolate and decorate the dessert with it. Garnish with whipped cream if desired. 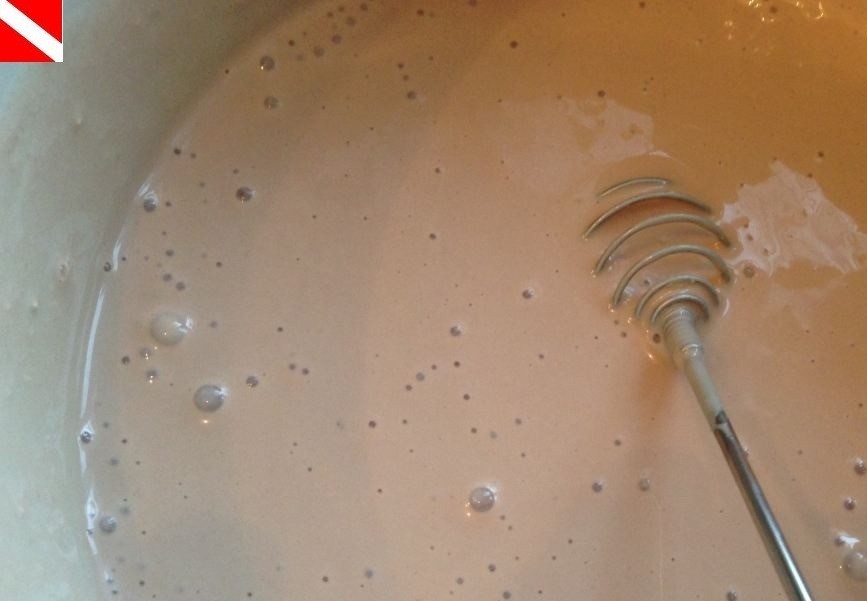