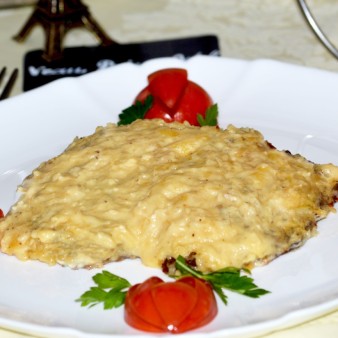 Dry a piece of meat with a paper towel and tie with string. Heat oil in a frying pan or fireproof form and roast meat on all sides for 7-10 minutes. Cover the form with foil, put the lid on top and place in the bottom third of the oven for 1.5 hours of baking at 160 C. During this time, pour the meat 2 or 3 times with the released juice. 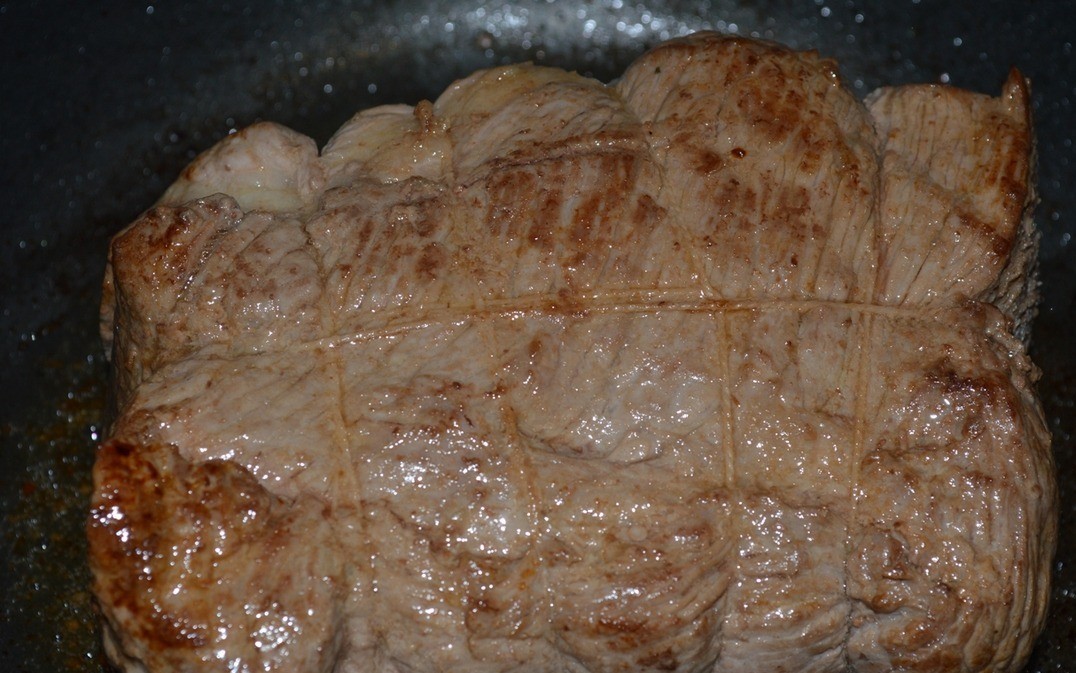 While the meat is baking, prepare the sub-bean. Pour the rice into the boiling salted water and boil for 5 minutes, drain the water. Melt butter in a pan, add onion and salt, mix well and pour in the rice. Cover the pan with a lid and cook over low heat for 30-40 minutes until everything is soft but not browned. You can cook in the oven alongside the meat. 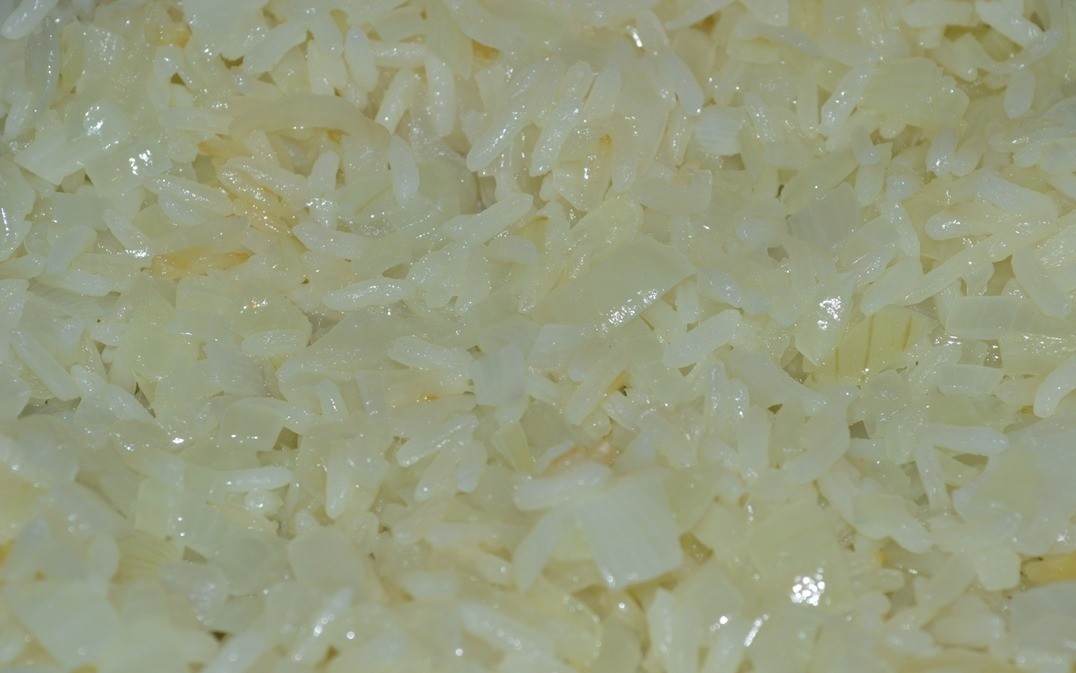 For the duxelles, chop the mushrooms finely and wring them well in several steps, wrapping them in a kitchen towel. 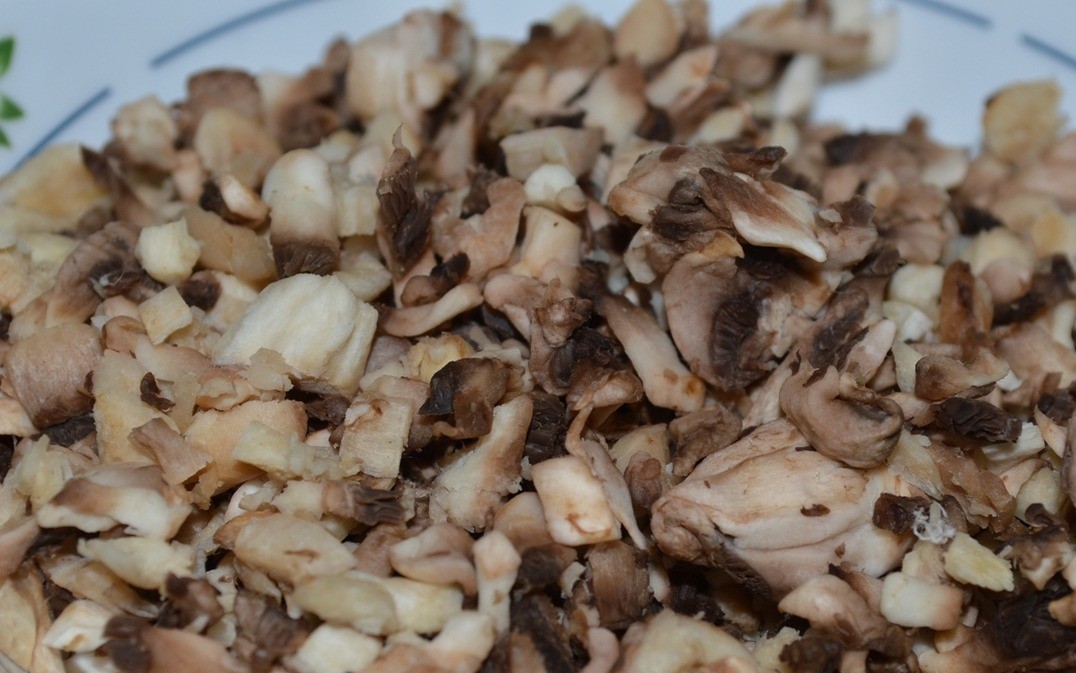 Then fry them in a pan with the chopped shallot or green onions for 5-6 minutes. Season to taste. 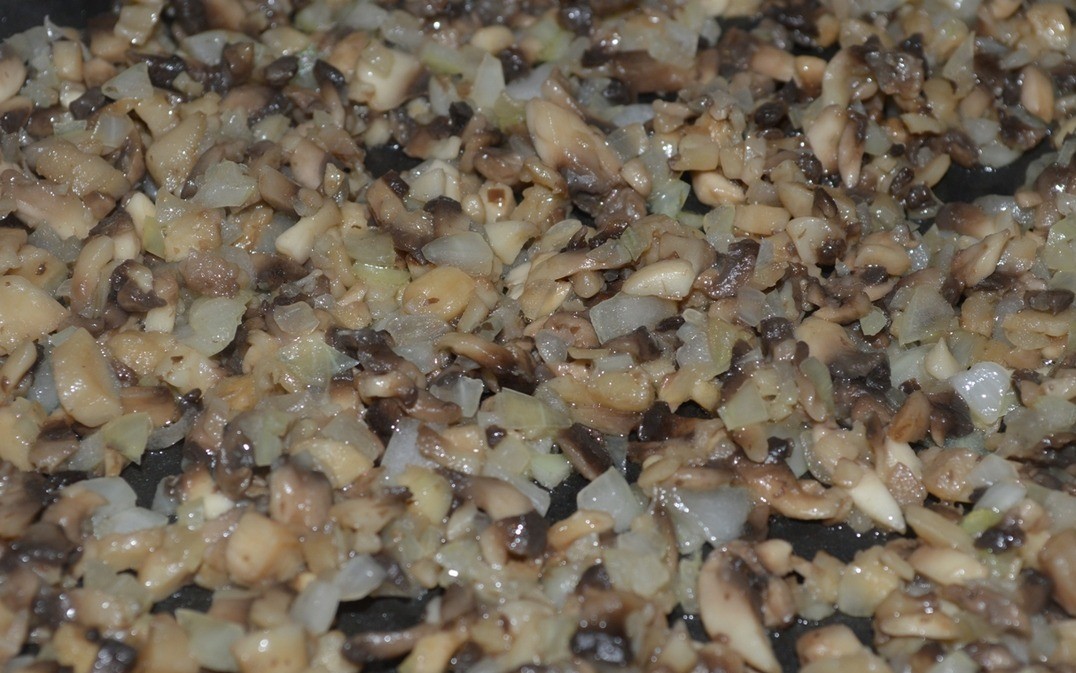 The temperature inside the cooked meat should be 80 C. Take out the meat and remove the string. Strain the juice from the veal and drain into a saucepan, remove the fat and slightly boil it to 0.5 cup. 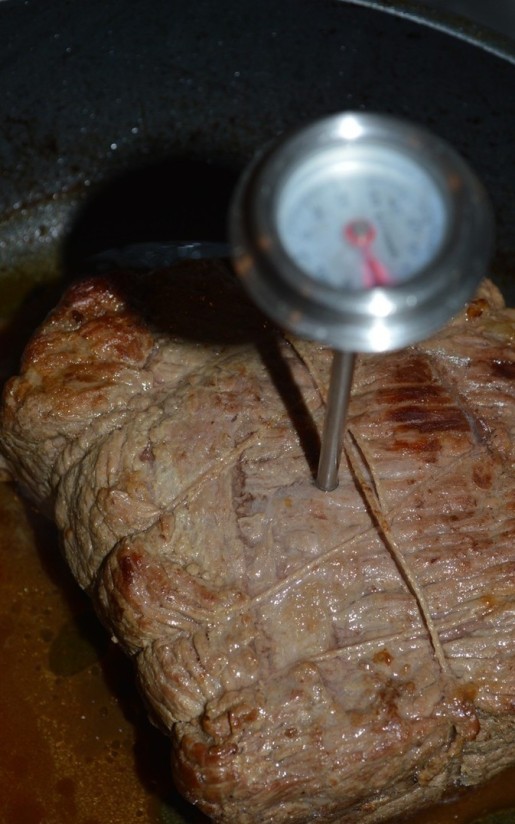 For the Veloute sauce, melt the butter in a saucepan, add the flour and cook over low heat stirring for 2 minutes without letting the flour brown. 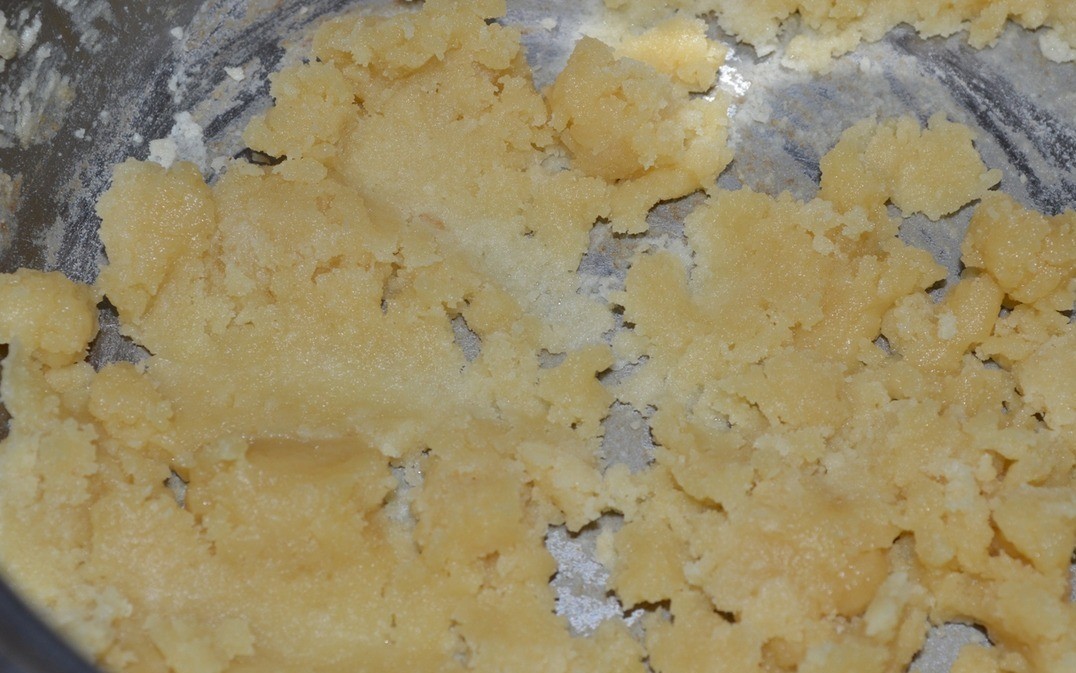 Remove the pot from the heat and pour in the boiling milk and the sauce from the meat, immediately stir vigorously with a whisk. Season. While stirring bring to the boil and cook for 1 minute. The sauce should be very thick. 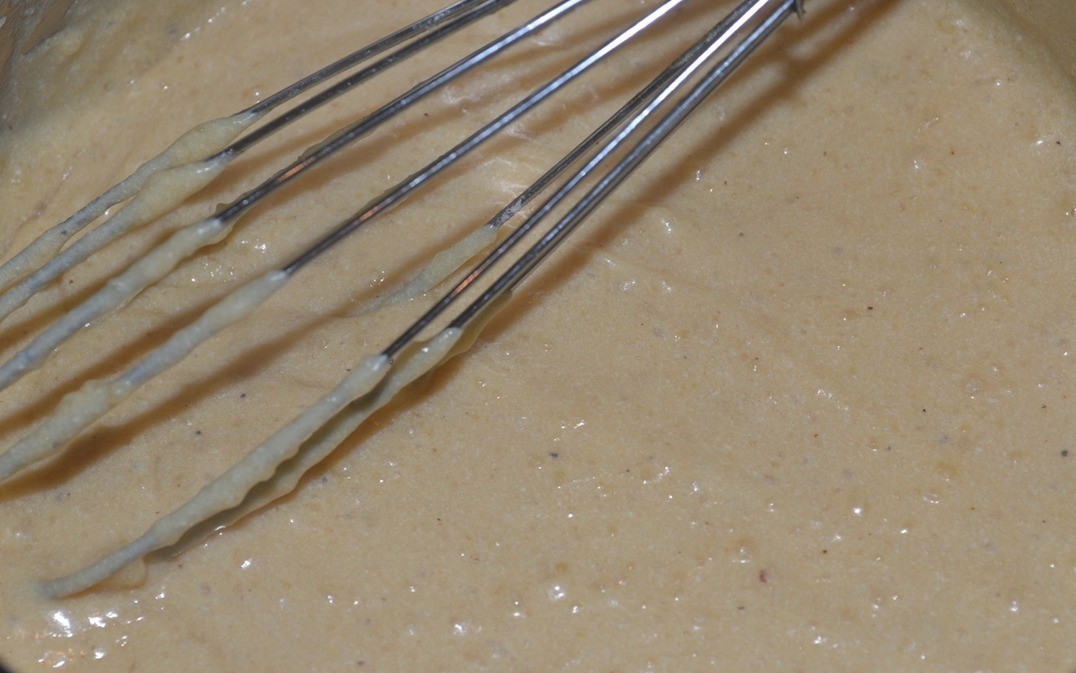 Add 3/4 cup of Veloute sauce to the Subis, mix the rest of the sauce with the cream and place in a water bath. 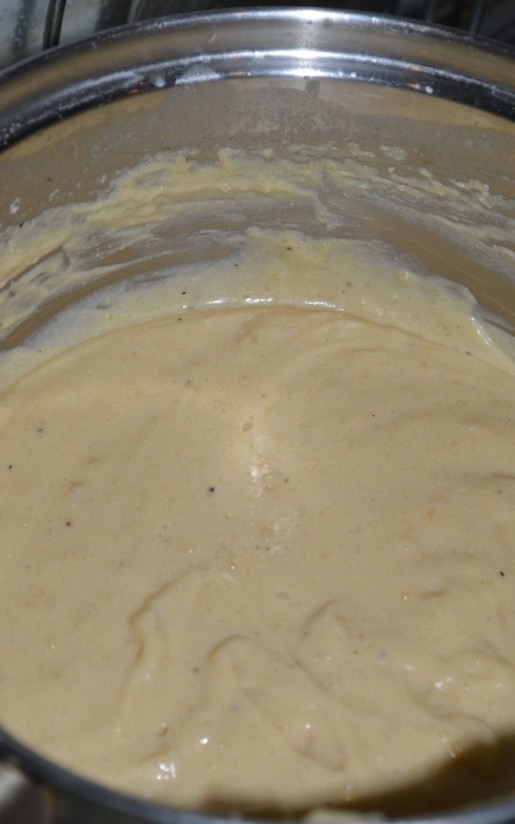 Whip the Soubise together with the sauce in a blender or rub it through a sieve. Mix with the duxelles and simmer for 5 minutes over low heat. The filling should hold its shape in a spoon. If it is too thin boil it down, if it is too thick dilute with cream or milk. Season to taste with salt and pepper. 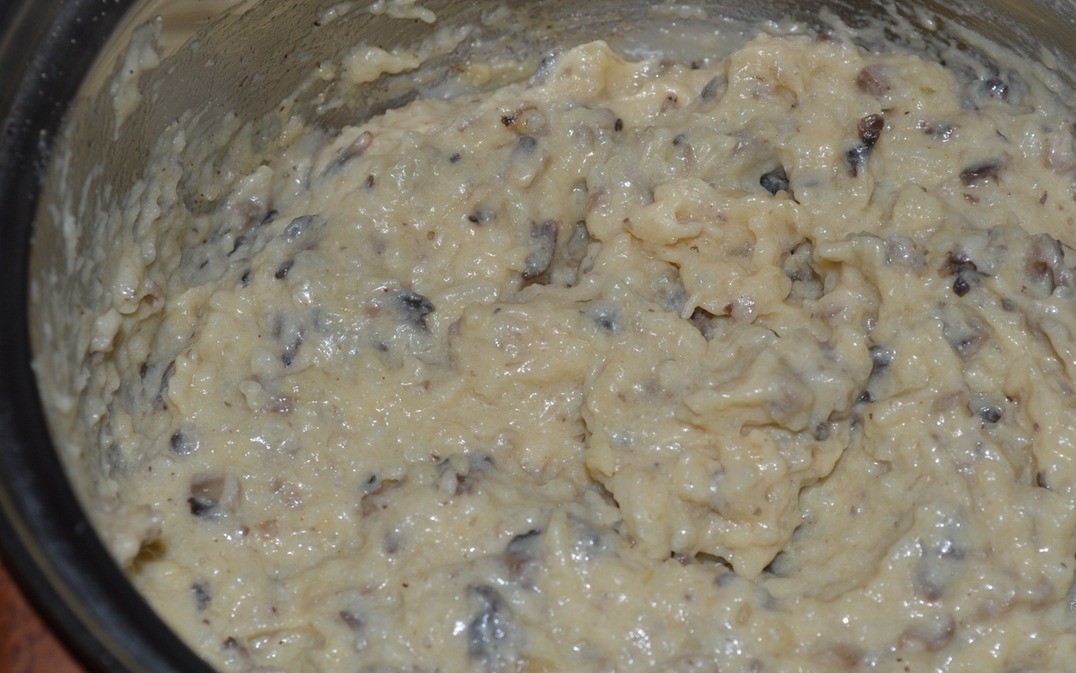 Try to cut the meat into neat slices about 0.5 cm thick, stacking them on top of each other. 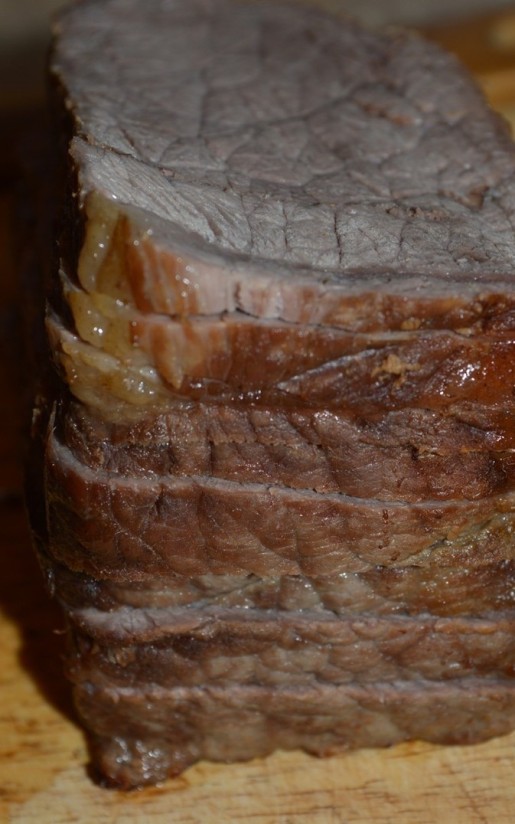 Put the last slice of meat on a baking dish greased with butter, sprinkle it with salt and pepper and spread the stuffing. Put the next slice overlapping season it and grease it with stuffing. And so on until meat is done. Place the remaining stuffing, if any, around the meat. 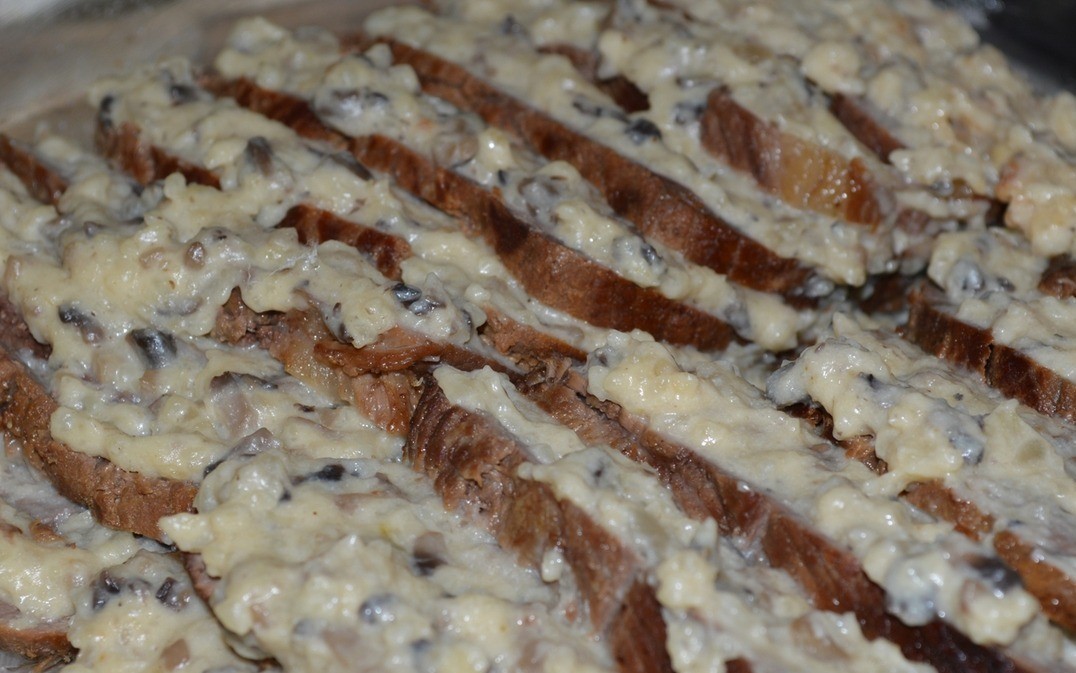 Bring Veloute sauce to a low boil, taste and season if necessary. The sauce should be thick enough, but if it is too thick, it can be slightly diluted with cream or milk. Remove from the heat and add 3 tbsp of cheese, stir. Pour the sauce over the meat, sprinkle with the remaining cheese and a splash of melted butter. 30-40 minutes before serving, heat the dish in the top of an oven preheated to 180 C. The sauce should begin to bubble and the top should lightly brown. 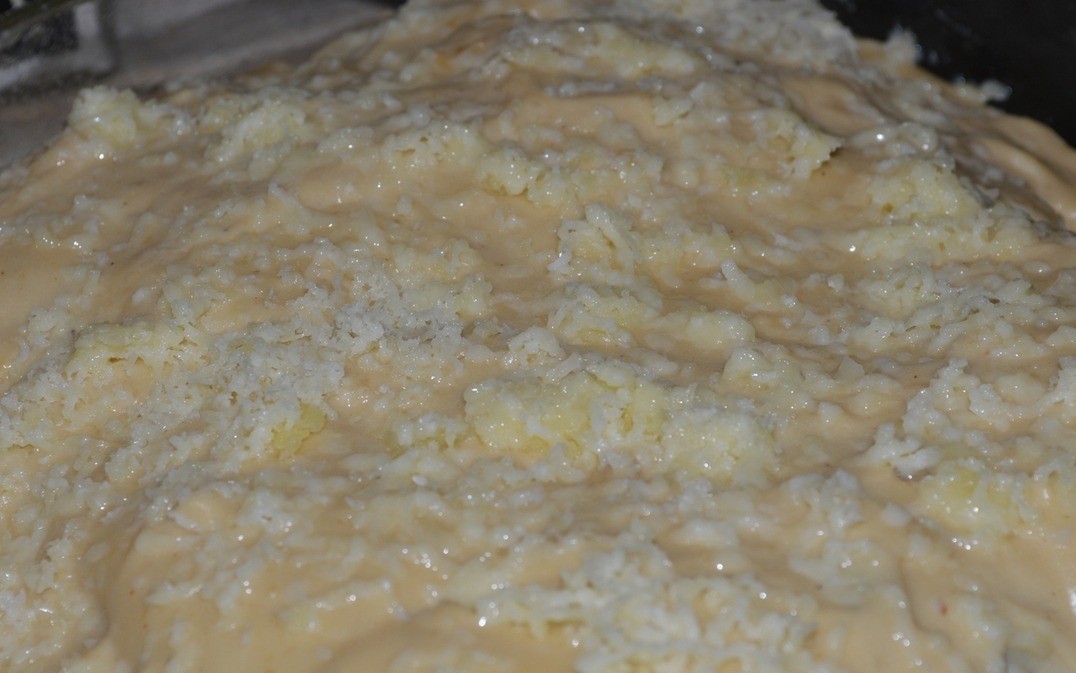 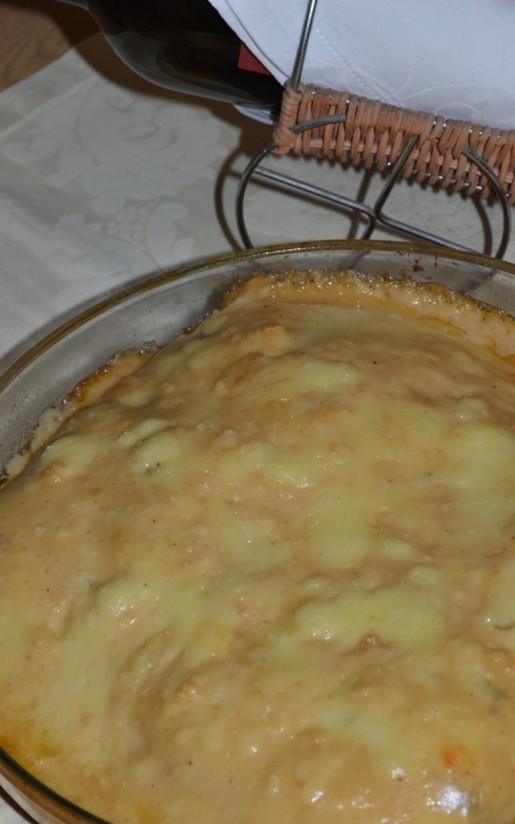