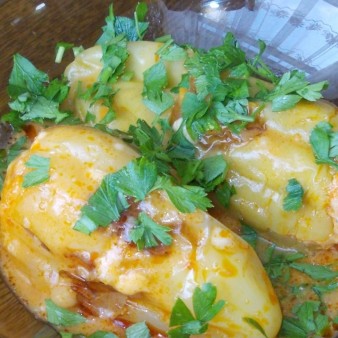 Tart with strawberries and cream
views : 146

Chicken stomach in the oven with potatoes
views : 157

Boil the rice until half-ready in plenty of water without salt. Cut out the tails of the peppers with the seeds in the middle. 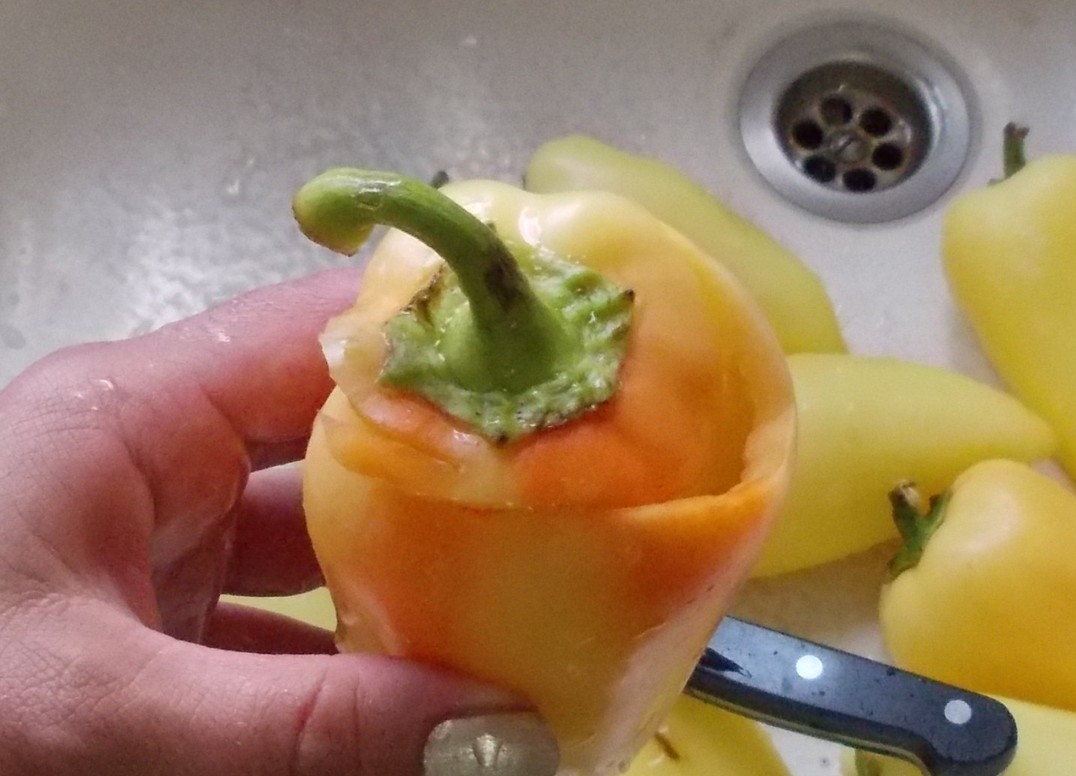 Veins inside the pepper also cut. 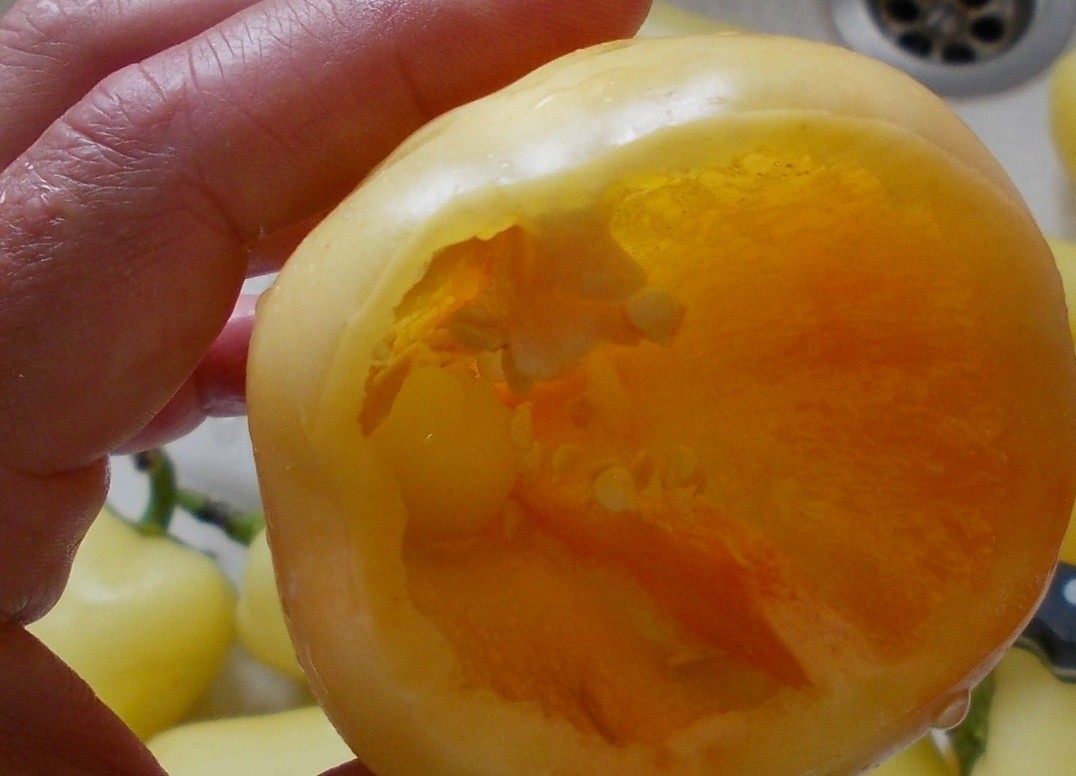 Prepare the stuffing to fill the peppers. In a bowl put minced meat, rice, pressed garlic, salt, pepper. Grate onions, squeeze out the juice and put them in the stuffing. 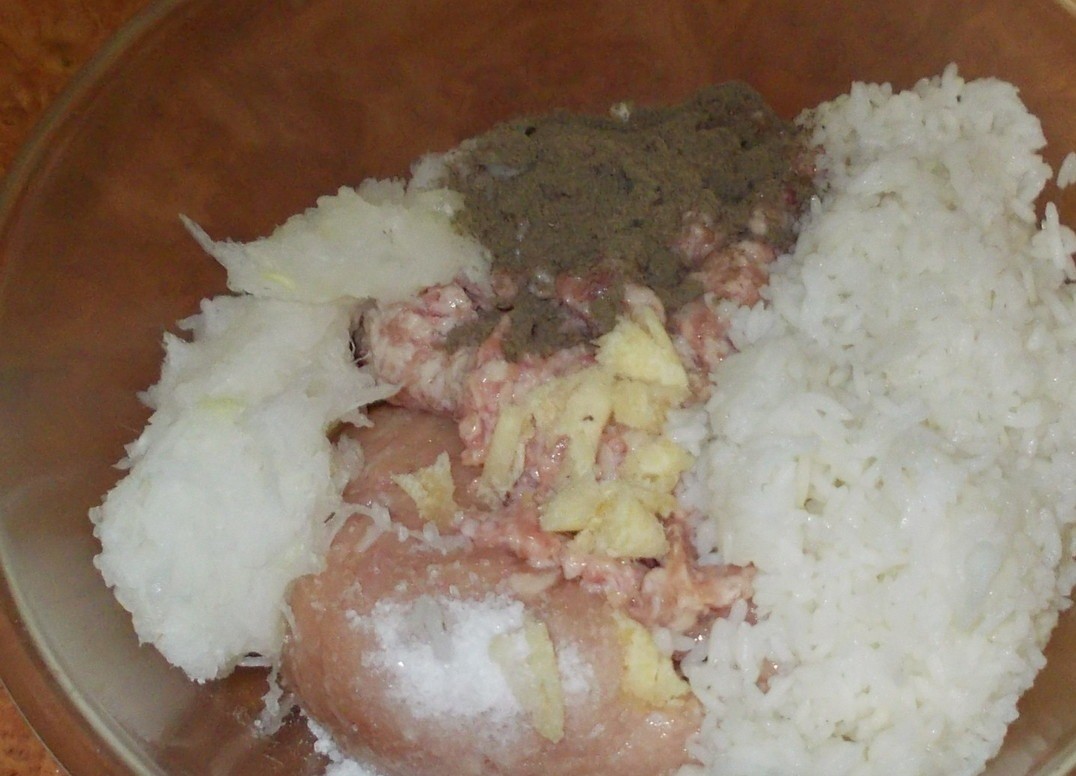 Mix well. Cover the bowl with the stuffing with cling film or a plate and leave to rest for 20-30 minutes. Meanwhile, let's prepare the gravy. 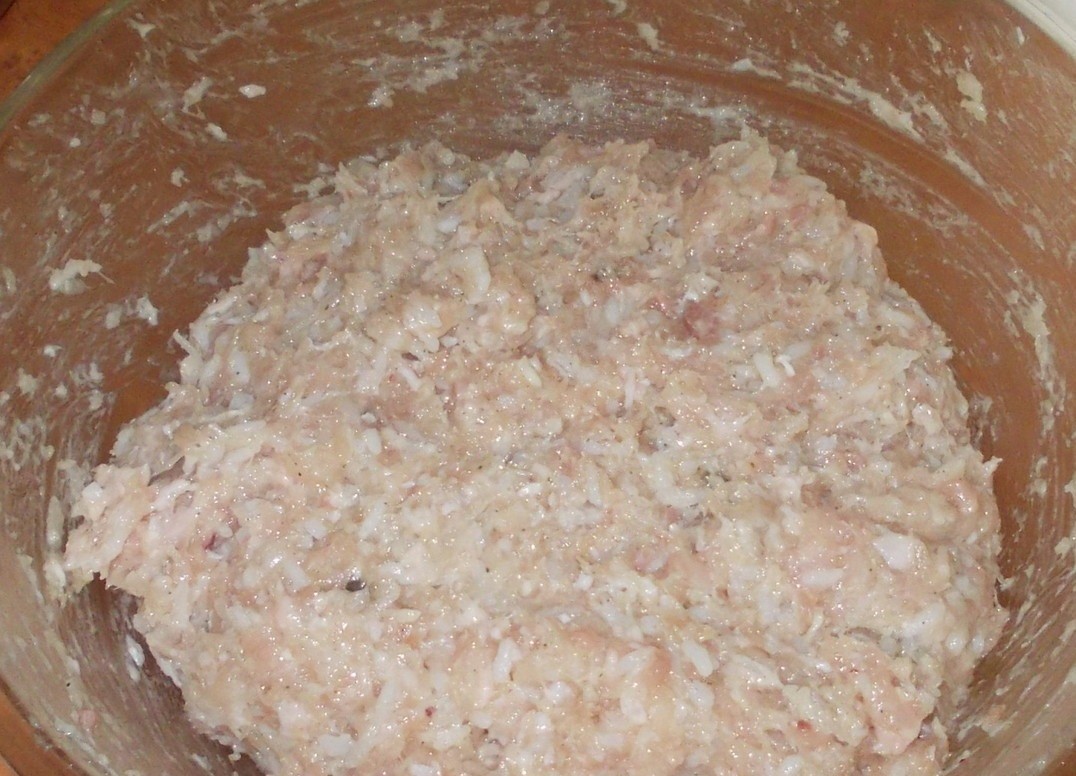 Chop the onion not too finely, grate the carrots and fry until transparent. Add salt and sugar. 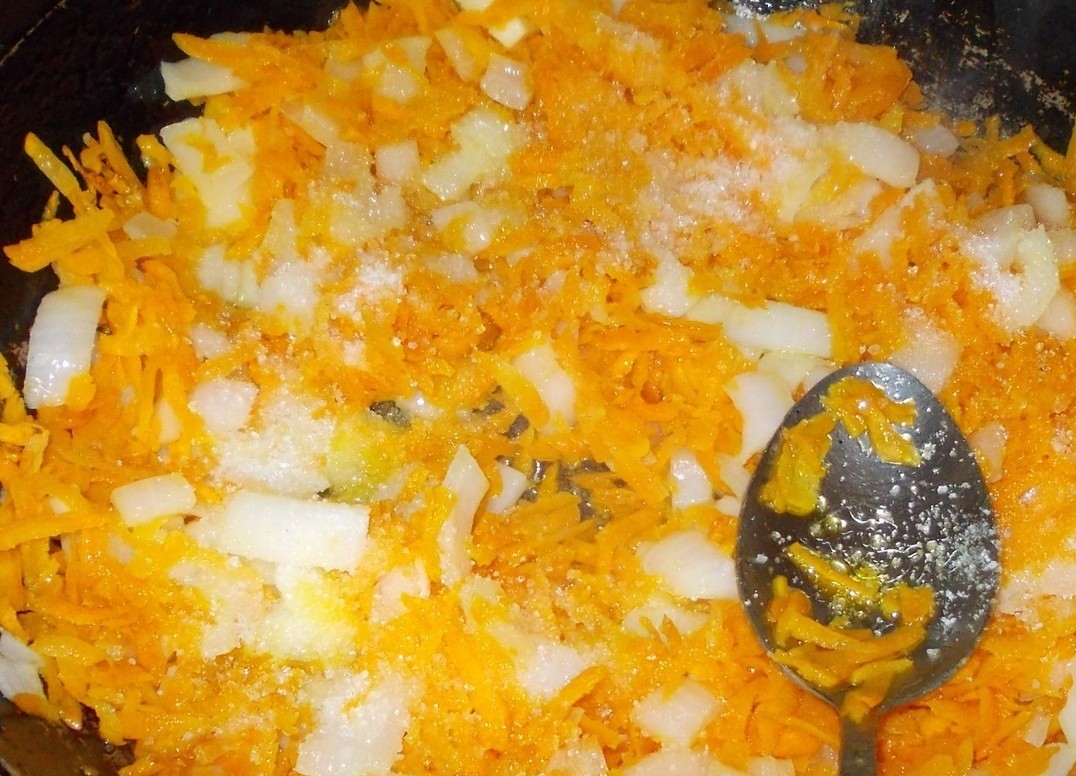 Add the tomato paste. Stir and fry for 2-3 minutes more. Transfer the cooked roast to the pot in which we are going to stew the peppers. 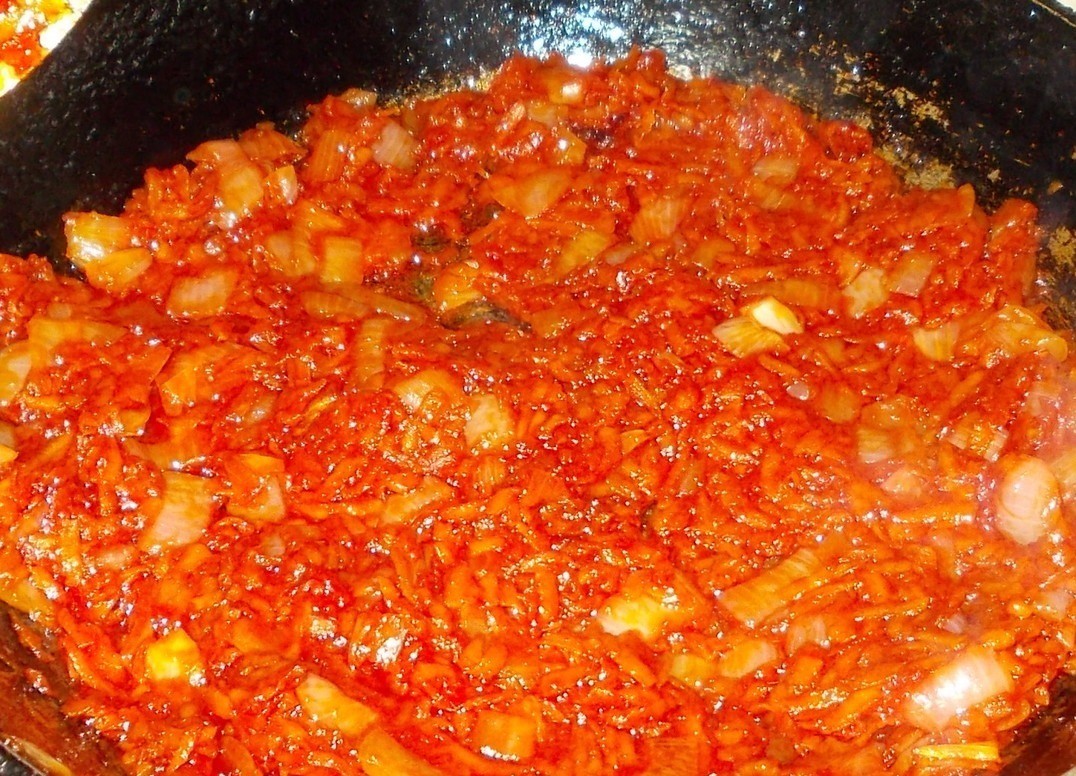 While we were making the roast for the gravy, the stuffing rested and we can proceed to fill the peppers. We put the stuffing into the peppers one spoonful at a time, tamping each portion well. 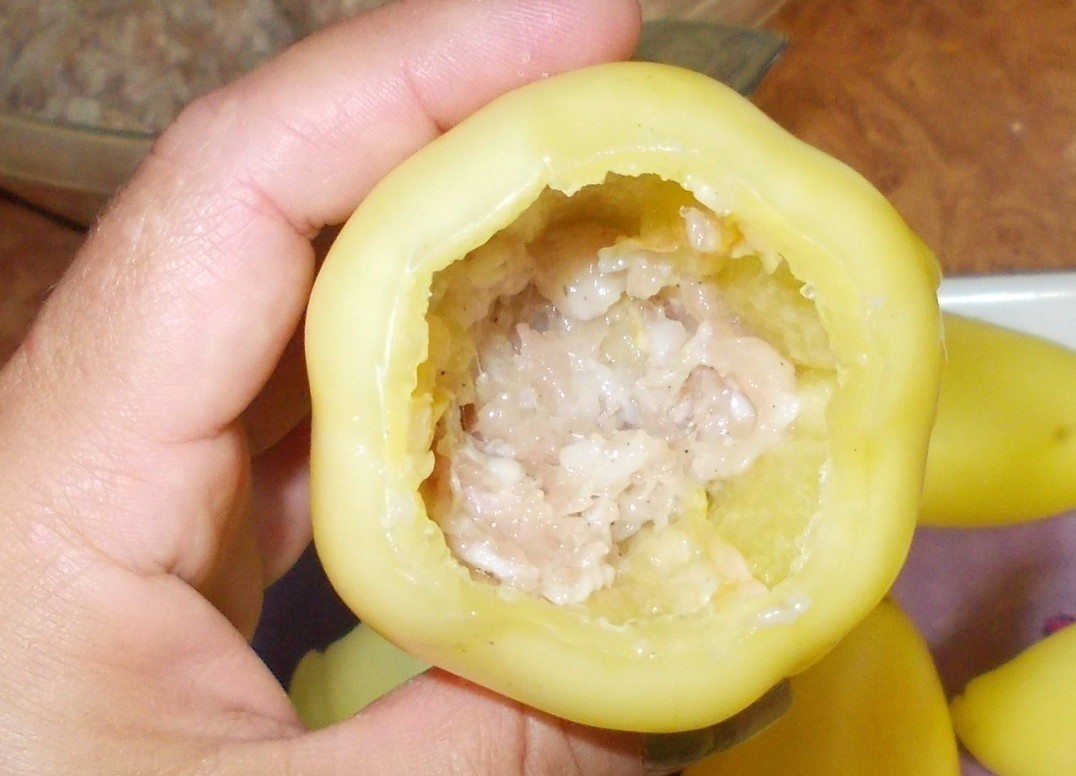 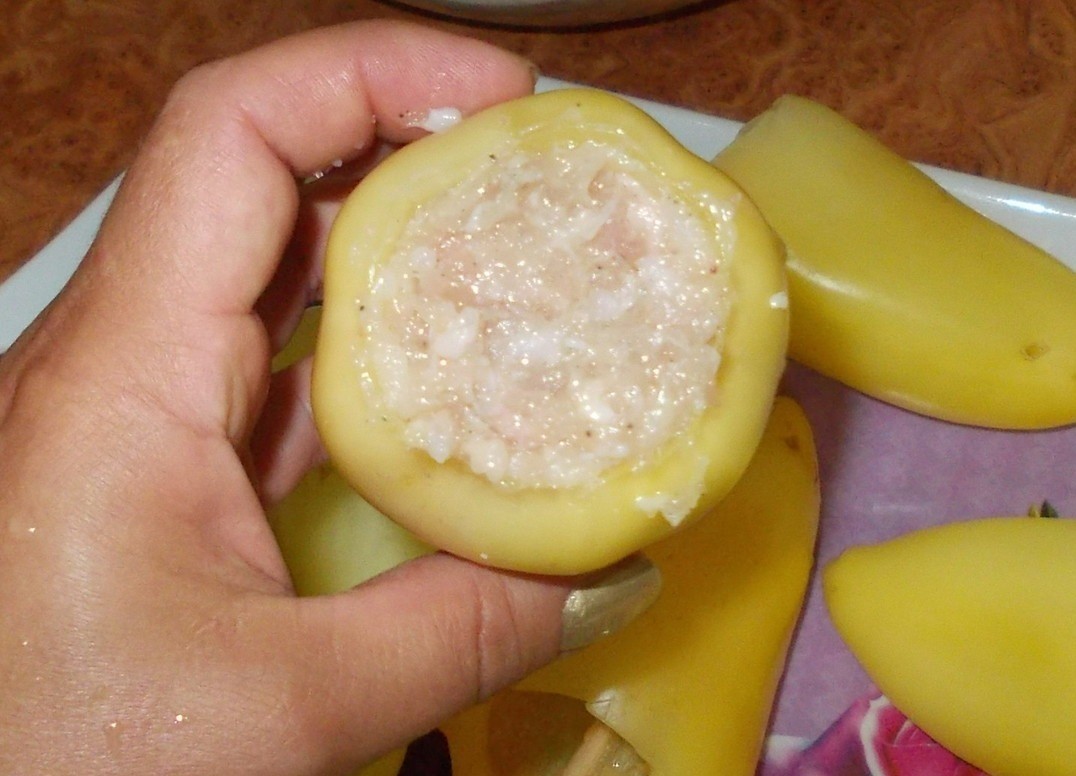 After all the peppers are filled with stuffing, we proceed to roast the peppers. In a little oil or even in a dry frying pan. Bake on all sides until golden. 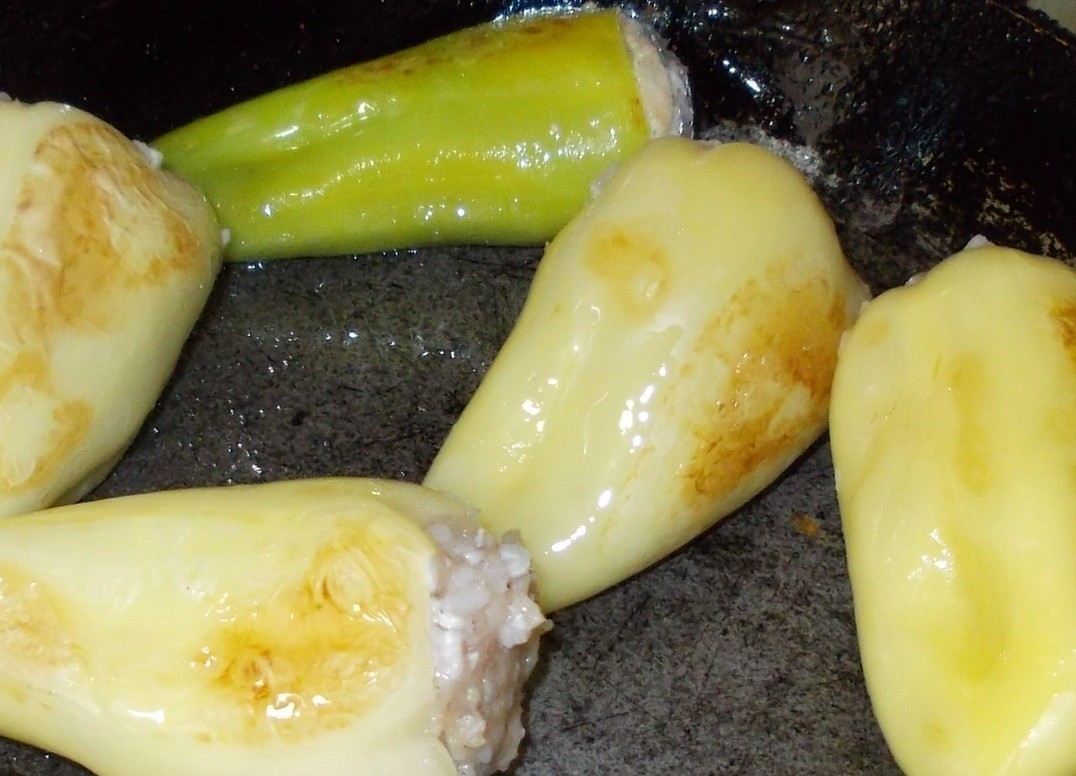 Place the roasted peppers in the pot on top of the roast. In the same way do all the peppers. 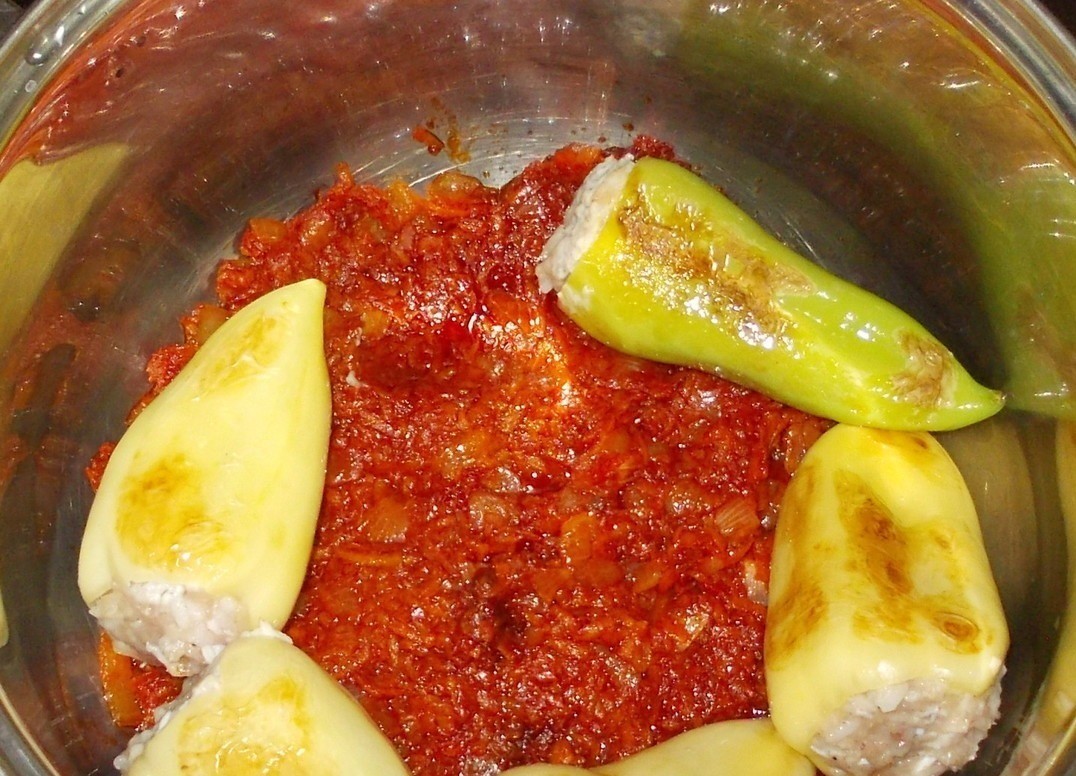 Place the peppers on their sides, in layers on top of each other. Fill with water so that the top layer is not completely covered. 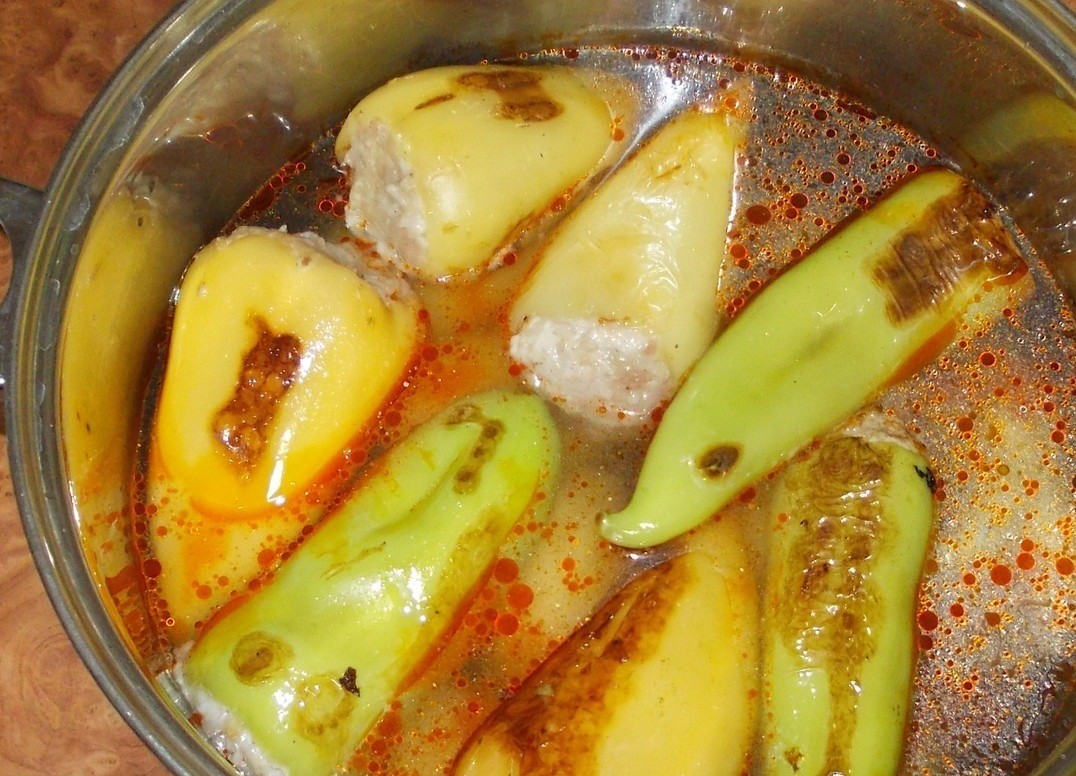 Place on the fire and bring to a boil. Add the garlic, chopped cloves, peppercorns and bay leaf. Cover with a lid and stew over low heat for 40 minutes. 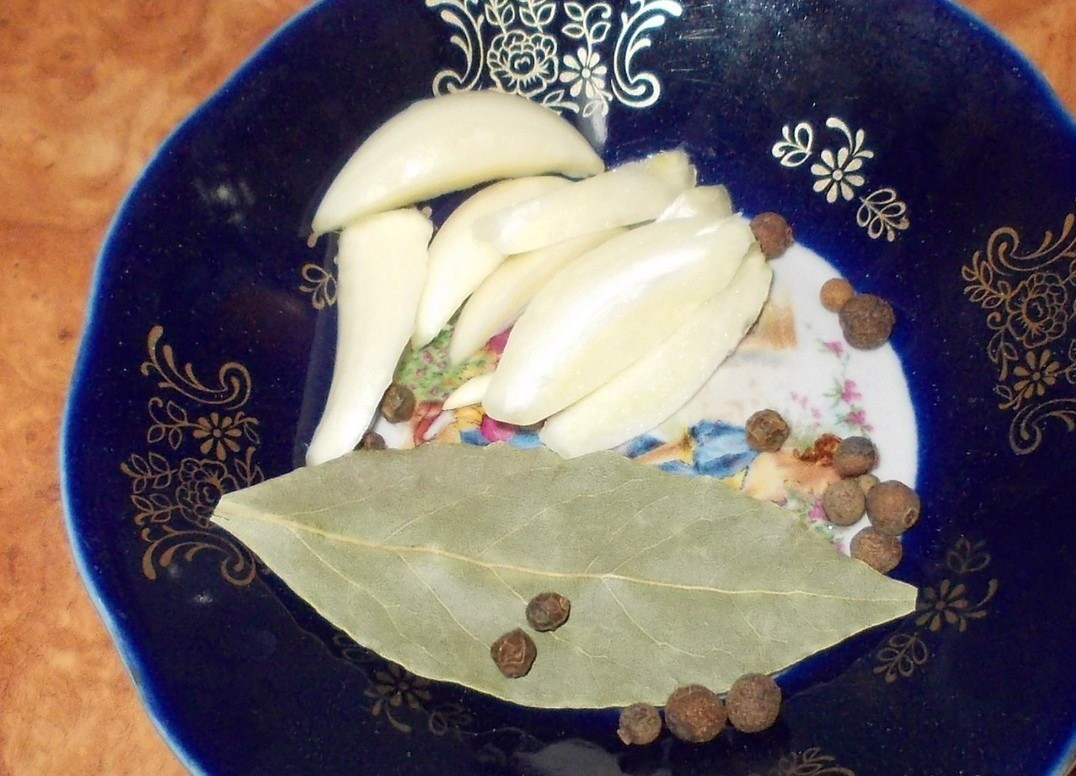 Toward the end of the stew, prepare the sauce. Mix the sour cream with the flour and pour in a little broth from the pan with the peppers. Stir with a whisk so there are no lumps. 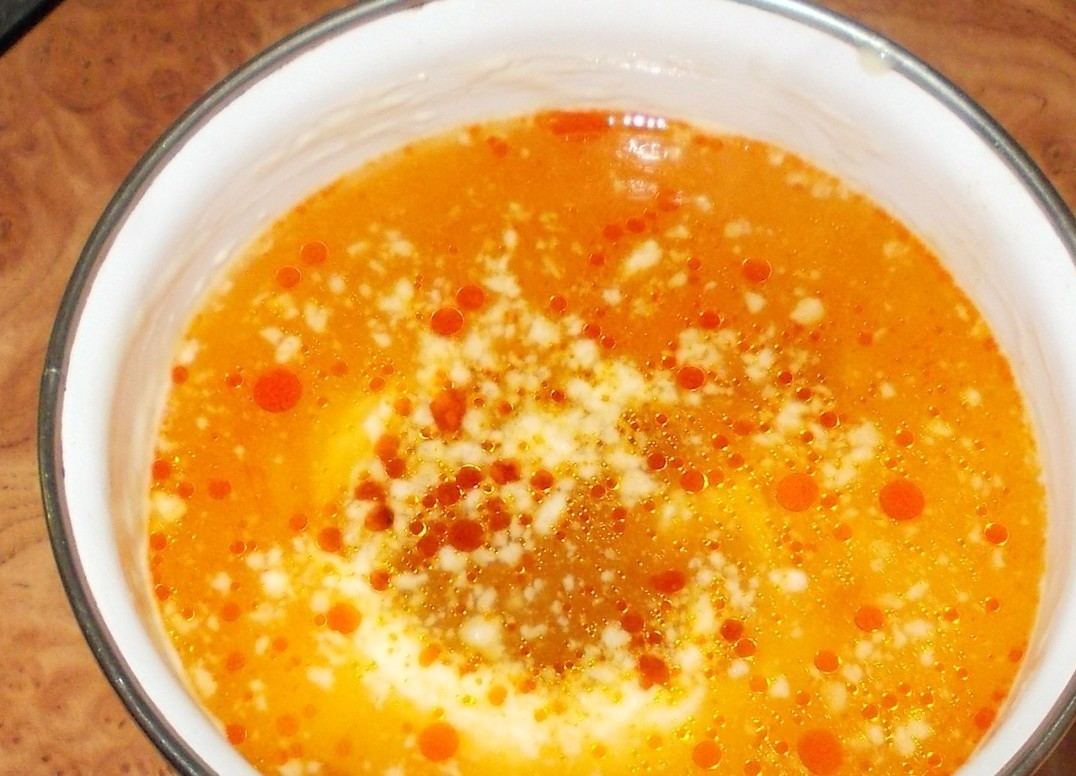 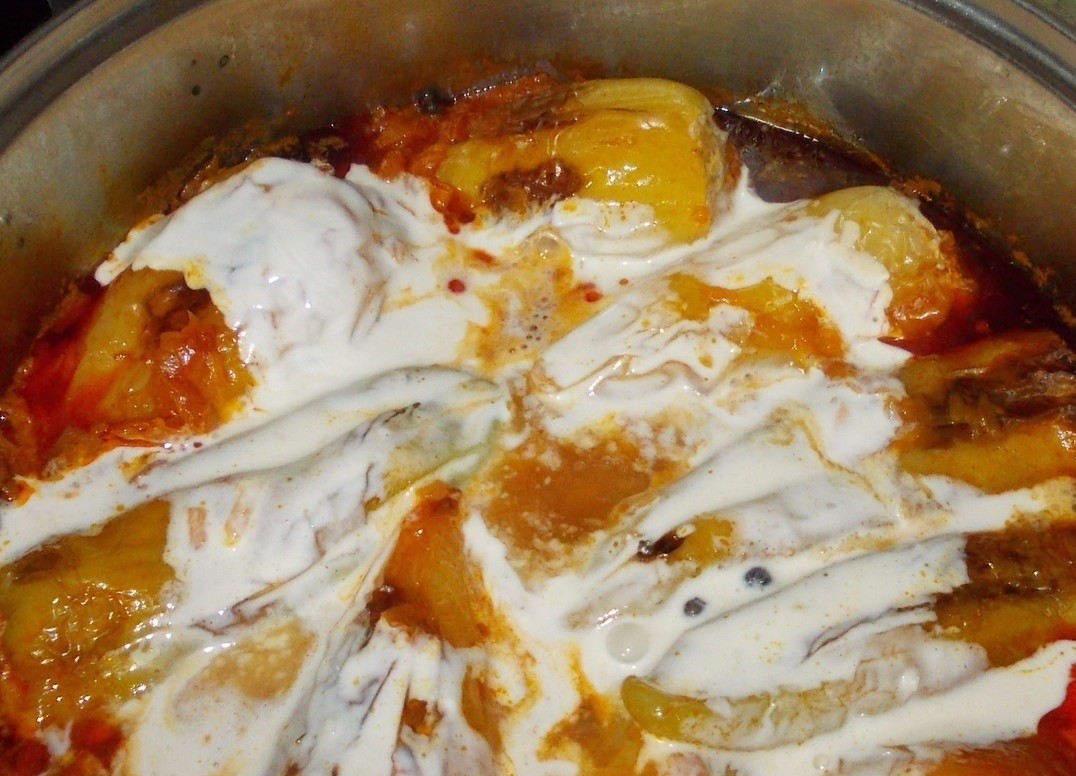 The peppers turn out very tasty! These proportions are perfect for us! I hope you like them too! Bon appetit to all! 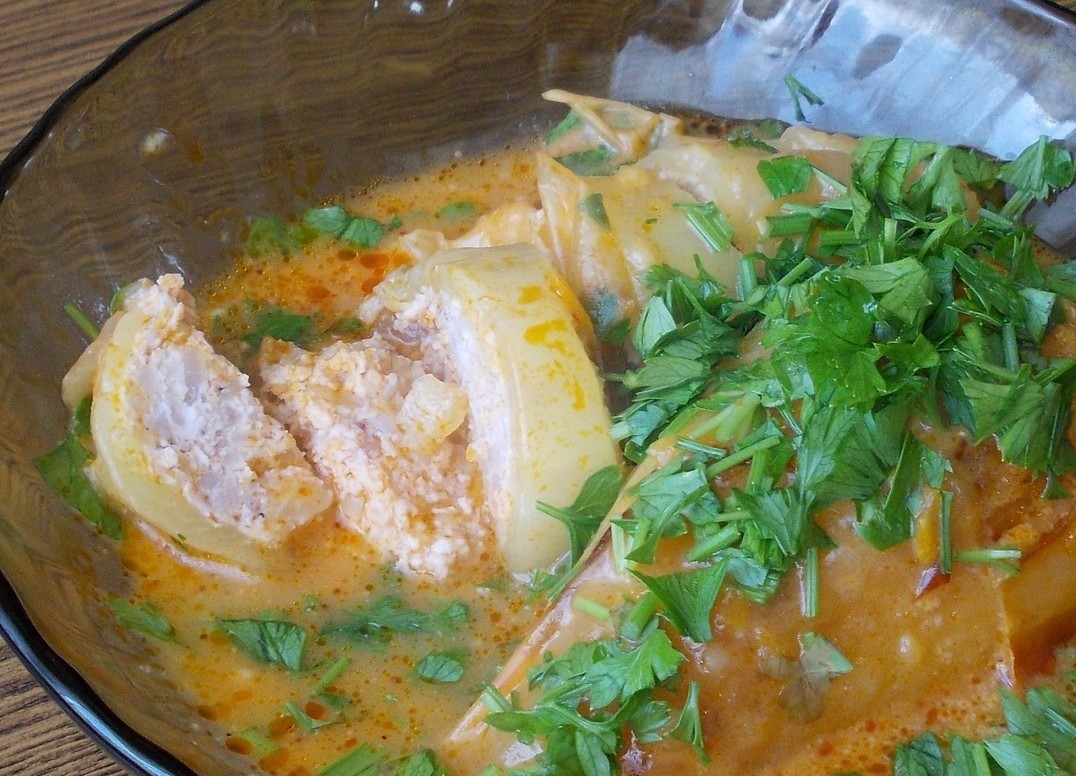